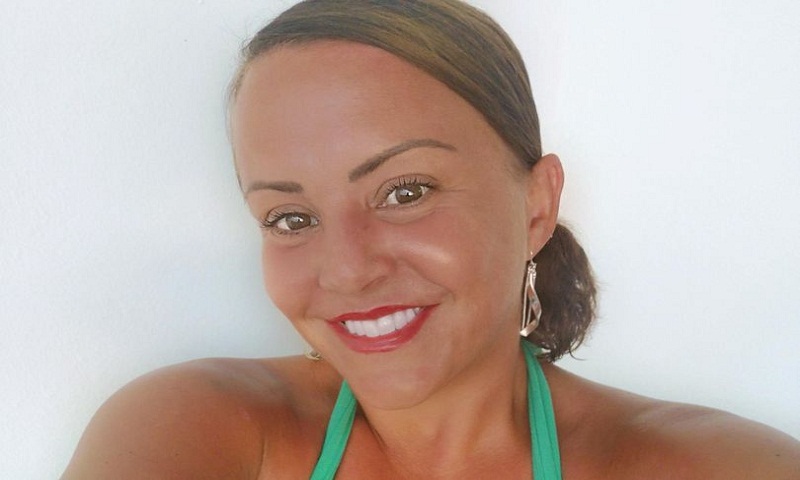 A mum was left with a deadly infection after cut-price 'mummy makeover' cosmetic surgery in Turkey.

Sheriah Harrison had been excited for her £5,000 surgery combo - a tummy tuck, lipo and breast reduction - which was around £7,000 less than in the UK.

But after contracting a life-threatening infection and being left with a gruesome open wound, she warned people to think twice about going for the cheaper option.

The 40-year-old said she 'thought she would die' and is 'lucky to be alive'.

Within days of her operation her tummy swelled up and back in the UK she had to undergo emergency surgery to clean and drain the deeply infected wound.

Doctors told her she had the onset of sepsis - a deadly infection that can kill - so had to leave the five inch wound open so nurses could clean it out four times a day.

Civil servant, Sheriah, spent almost a month in hospital and eight months after the op in Istanbul, still has an open wound that needs to be dressed every day.

Sheriah, from Cardiff, in Wales, said: "It's disgusting. It has disturbed me.

"It's been completely traumatising. I just can't live a normal life now and I'm devastated.

"I was really ill so I'm just glad to still be here now. It's just so dangerous and people don't realise what can happen.

"It's safer to pay extra. I would never advise anyone to do what I did. It was awful.

"It's like a game of Russian roulette and it could kill you."

Sheriah, mum to Jay, 22, and Brandon, 19, wanted surgery to remove stretch marks and excess skin she said she had following pregnancy and childbirth.

She said she "hated" the way her stomach looked and would avoid photos and cover up.

So she decided to have a tummy tuck and liposuction at the same time as a breast reduction to remove implants that ruptured after a boob job in 2002, aged 16.

She flew out to Turkey on October 8 and went under the knife at a clinic in Istanbul the next day.

A shocking video taken by her surgeon immediately after her cosmetic surgery shows her covered in bruises and cuts.

She said: "I could feel it filling up with fluid. It was really swollen and I looked absolutely dreadful.

"It was getting bigger and bigger. I went back to see my surgeon and he said it was normal.

"But he drained 12 syringes worth of fluid from my stomach.

"He tried telling me it was normal but I could see it was infected.

"My stomach did go down after that so I just thought that perhaps it might have been normal."

Her condition took a turn for the worse when she arrived back in the UK on October 15, six days after her surgery.

Sheriah had flu-like symptoms and blotchy skin, and said she looked "absolutely dreadful" and so phoned for medical advice.

She was told to go to the University Hospital of Wales in Cardiff immediately as medics suspected she was suffering with an infection.

Her condition deteriorated and she was rushed into surgery on October 19.

"I couldn't breathe properly and I was in so much pain," she said.

"The swelling was putting pressure on my lungs. I went red and purple. The consultant said I was a mess. It was awful.

"I was terrified and my family were petrified. I thought I was going to die.

"I am lucky to be alive. The doctors said I was very lucky to have caught the infection when I did.

"They had to cut me open again because of how bad it was. They couldn't just drain it."

Surgeons had to un-stitch Sheriah's wounds and vacuum huge amounts of fluid out of her stomach, then leave the wound open for cleaning.

She was allowed home in November, but was admitted twice more after developing infections in the following months.

Sheriah had to take six months off full-time work and was only able to work half days from January this year.

Doctors issued her with a vacuum pack to collect the fluid while it leaked from her stomach, and a district nurse visited her at home for three months to pack the wound.

Since January she has been able to dress the wound herself, but says the op has ruled her life.

She said: "I haven't been able to go outside of Cardiff or book any holidays.

"It has absolutely ruled my life and let me feeling horrible. It's been horrendous.

"I have felt constantly tired and lived on the sofa for months. I felt very run down. It left me unable to go anywhere at all.

"It's still having an impact on me now. I can't do anything that I used to do and I've gained about 10lbs. I've only just started power-walking to try to get active again.

"It's been really depressing and has restricted everything that I do."

Sheriah will need plastic surgery in the future to remove thick scar tissue that has developed on her stomach.

She said: "There's more than two inches of scar tissue on my stomach and it restricts my movement.

"I can't bend over or bend down to put my shoes on. It really hurts my waist."

Sheriah has urged Brits to "stay in the UK" for surgery.

She said: "You see success stories but you don't really see stories like this.

"When you think you've got a good deal, think twice about it and seriously consider having the surgery here."

Sheriah says she complained to the clinic where she had the surgery, but had no reply.