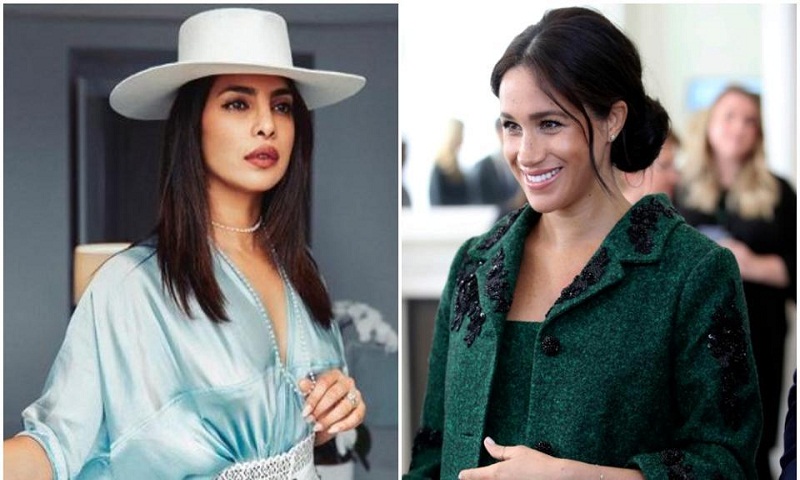 Actor Priyanka Chopra has denied reports that her husband Nick Jonas and she met her friend and Duchess of Sussex Meghan Markle and her son Archie. It was extensively reported that the two also showered Meghan’s son with gifts.

Tweeting a report in The Sun, Priyanka wrote: “While these are great gift ideas... this story is untrue, and I was actually in town for work. I hope whoever this “source” is starts checking their facts more often.”

The Sun had reported that not only did Priyanka and Nick meet Meghan and her son Archie, they also presented him a sterling silver bubble blower worth $250, picked from the posh jewelers, Tiffany & Co. It was part of many other gifts they gave Archie. It claimed the celeb duo met the duchess and her son at Frogmore Cottage, Berkshire in England.

The report also mentioned that the meeting ended the ‘fued’ between the two actors. It was earlier rumoured that Priyanka had skipped Meghan’s New York baby shower, upset over the latter not attending her and Nick’s December wedding in India.

Priyanka had, of course, rubbished the reports. Speaking on the American show, Watch What Happens Live!, when asked if she had been upset over the issue, Priyanka had said: “Oh my God. No it’s not true.”

Priyanka remains busy with work and other activities. She was in Ethiopia recently for her work as a Unicef ambassador. Prior to that, she made a spectacular debut at the Cannes Film Festival. Her appearance at the Met Gala 2019 too won her praise. She will begin work on a Hollywood film with Mindy Kaling, based on big, fat Indian weddings later this year. Priyanka has already completed shooting for Shonali Bose’s Bollywood film, The Sky Is Pink, where she co-stars with Farhan Akhtar and Dangal girl Zaira Wasim, reports HT.