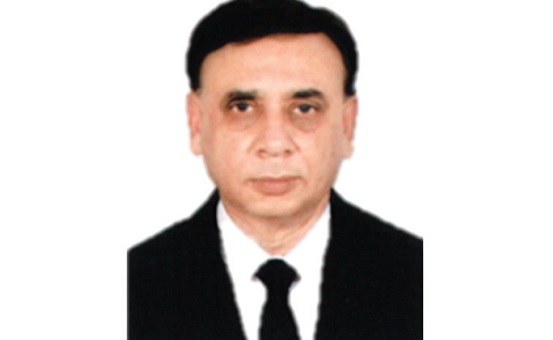 The government should create a balance between the paddy price at the farm and the retail level to ensure that the farmers get fair price of their produce and the consumers can also buy rice at affordable prices.

In an interview with the daily sun, Dr Akhter Ahmed also laid emphasis on proper policy interventions to create this balance.

The Boro price was Tk 500 per mound on May 20, the price may fall further after the peak harvesting period. In FY 2016-17, paddy price increased due to a fall in production caused by the flash floods in Haor areas. The farmers witnessed a bumper paddy production in FY 2018-19 but the price was low, affecting thousands of farmers.

Building on previous work in the country alongside government partners in the ministry of food and disaster management and the ministry of agriculture, IFPRI launched the program in October 2010. Three large surveys were carried out under this project and those surveys are recognised as the most comprehensive surveys ever done in Bangladesh’s agriculture sector.

“We have every detail about plot level data on agricultural production based on a large volume of analysis. These surveys provide the evidence-based data for policy intervention,” Dr Akhter said.

“There are many options that the government can take or consider to mitigate the situation.”

He said West Bengal has very similar agricultural production patterns, adding that the authorities in West Bengal are providing support by directly buying paddy from farmers.

“We need to see how West Bengal does this, how they buy paddy directly from farmers. Sometimes the paddy is also not dry, so they get it dried by the millers.” Ahmed said.

“What we have here is the ‘mill gate purchase’ which actually doesn’t work.”

“So, we need to think how we can change this system so that farmers get the direct benefits from government’s price support,” he said.

The food policy expert said in Bangladesh, the paddy procurement system has many objectives—-to support to farmers, procure enough rice for the public stock and use the stock for different food-based social safety net programs. “But none of these objectives is completely fulfilled.”

“This doesn’t work because there should be separate instruments to meet each of these objectives,” he said.

He also said the procurement rate should be announced before the Boro farming season—- in November or December. Once the price is announced, the government should get ready to pay the farmers after harvesting their paddy.

“Export is another solution to this low price issue,” he said, suggesting that the government can export the surplus paddy.

Dr Akhter Ahmed said providing loans to the farmers during the harvesting time could be another solution to the low-price syndrome at the farm level.

“Small or poor farmers have to sell portions of their paddy to repay their loans, and they suffer if the price is low. The government should provide agricultural credit to the poor farmers through Krishi Bank,” he said, adding there should be some mechanism for very poor farmers.

The government should introduce a safety net mechanism for the farmers and give some cash support to them, the food policy expert said.

“Another option is crop insurance to help mitigate the risk of price shock and production shortfall,” Dr Akhter Ahmed said.