Sarangi: A member of Modi’s new cabinet who rides bicycle, lives in hut 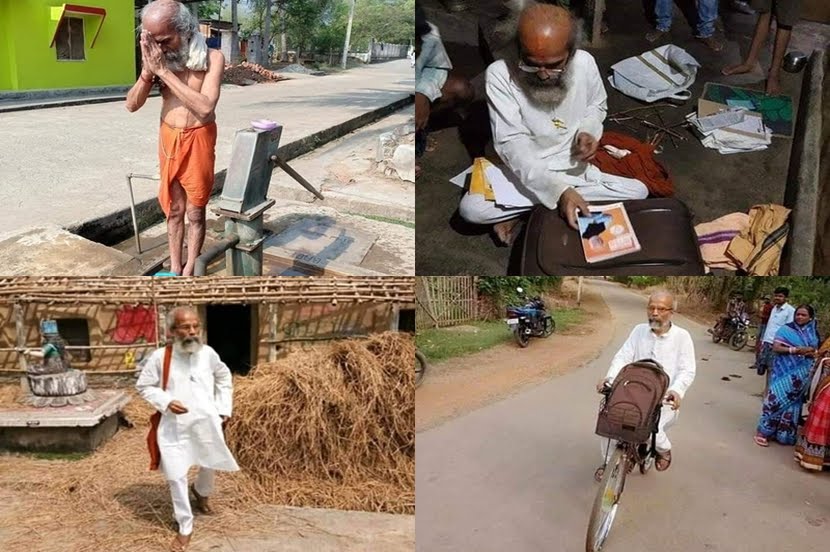 Meet Pratap Chandra Sarangi, the newly elected MP from Odisha, Balasore, who lives in a hut and rides a bicycle. The 64-year-old Sarangi is an atypical politician and is now a part of Modi’s new cabinet.  A bachelor, Sarangi took oath on Thursday as Minister of State in the Modi government.

Sarangi, fondly called as 'Nana', was the president of Odisha Bajrang Dal. He was the state vice president of the BJP from October 2014 to January 2015. Sarangi also served as the joint secretary of Vishwa Hindu Parishad in Odisha.

In the 2019, Lok Sabha Election, Sarangi defeated two of the richest candidates of Odisha -- Biju Janata Dal (BJD) MP and industralists Rabindra Jena and Nabajyoto Patnaik, son of Odisha Congress committee president Niranjan patnaik from Balasore Parliamentary constituency. Sarangi comfortably won against Jena by a margin of 12,000 votes in 2019 general election.  However, unlike his fellow contestants, who campaigned in SUVs, Sarangi moved around in a hired autorickshaw.

Moreover, Sarangi's affidavit revealed that Sarangi does not own any vehicle, jewelry, no liabilities. He has not paid any income tax in the last five years. His declared assets both acquired and inherited are around Rs 5.5 lakh.

Sarangi calls himself a social worker, whose source of income includes pension and agriculture. Sarangi has opened many Ekal Vidyalayas (village school,with single school teacher) till Class 3 or 5 in the interiors of Odisha.