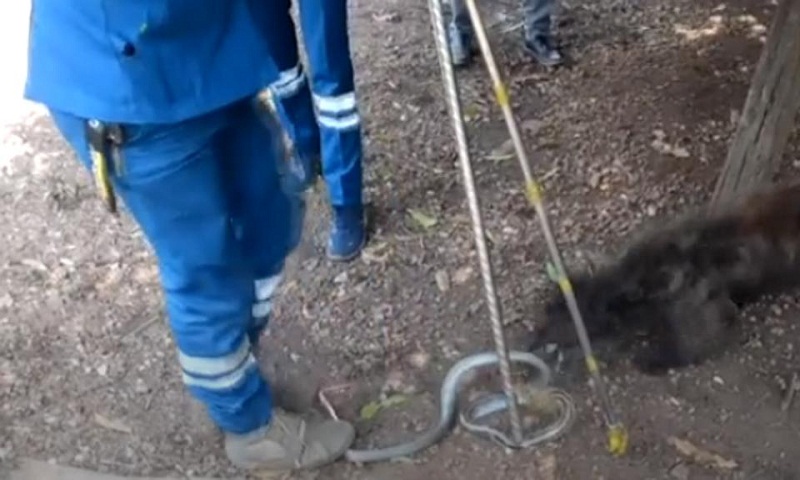 It’s said that dogs are man’s best friend. A video showing a dog fighting a snake proves it to be true. Named Yao, this brave dog fought and tackled a rat snake in the backyard of their house to stop it from slithering inside, reports HT.

Prangthip Chaturong, a 49-year-old resident of Thailand, discovered that her brown poodle was fighting a snake when she heard it barking for a long time. Scared that Yao will get hurt, she called snake catchers to help with the situation.

“Yao is a very smart and reliable dog who always barks when he sees any stranger and dangerous animals around the house,” the relieved woman said. She further added that Yao’s loyalty has touched her.