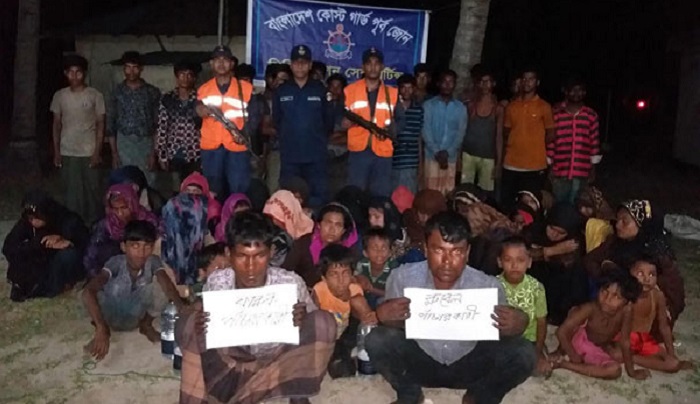 Members of Bangladesh Coast Guard on Thursday rescued 58 Rohingyas from a trawler in the Bay of Bengal while they were being trafficked to Malaysia, officials said.

Acting on a tip-off, a team of Bangladesh Coast Guard detained a Malaysia-bound trawler in the Bay, south of the Saint Martin Island, around 7:00pm on Thursday evening and rescued 58 Rohingyas.

The detained human traffickers were identified as Rubel, son of Rashid Ahmad of Nitangpara of Teknaf upazila and Omar Faruk of Kutupalong   Rohingya camp.