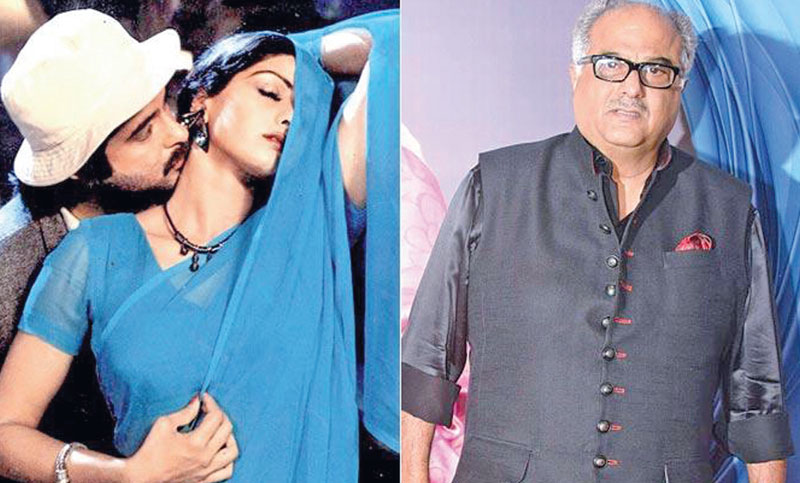 Such has been the appeal of Mr India (1987) that the film's dialogues are excitedly mouthed by ardent fans even 32 years after its release. Last year, after the untimely demise of Sridevi, producer husband Boney Kapoor and actor Anil Kapoor announced that they had aborted the plan of a sequel to the superhero film, reports mid-day.

However, a year later, the two seem to have had a change of heart. Only days after Anil and director Shekhar Kapur posted cryptic messages on social media, hinting at another collaboration, Boney tells that a reboot of Mr India is on the cards.

"The idea is to create a reboot first, and then, make a franchise of it. It needs to be made more contemporary.

We have a basic structure in mind. We haven't decided on a timeline yet, but intend to make it soon," he says.

Boney recalls that mounting a film on a budget of Rs 4 crore was unheard of, in the '80s. "We put up a large set near Versova beach. I was so happy with the costumes that I paid a bonus to the stylist. Amrish Puri as Mogambo was a masterstroke; he brought the character alive. While Sri was considered a glamorous star earlier, the audience's perception of her changed after Mr India — then on, she was seen as a powerful actress. Anil too became more legitimate a performer with the film. After Sri, I have even more reason to make the film now."

Ask him if Kapur will helm the offering, and he says, "If Shekhar is free, he can direct it. The cast and crew made the film what it was, and if anyone from the original line-up wants to be part of it, they can join us again."