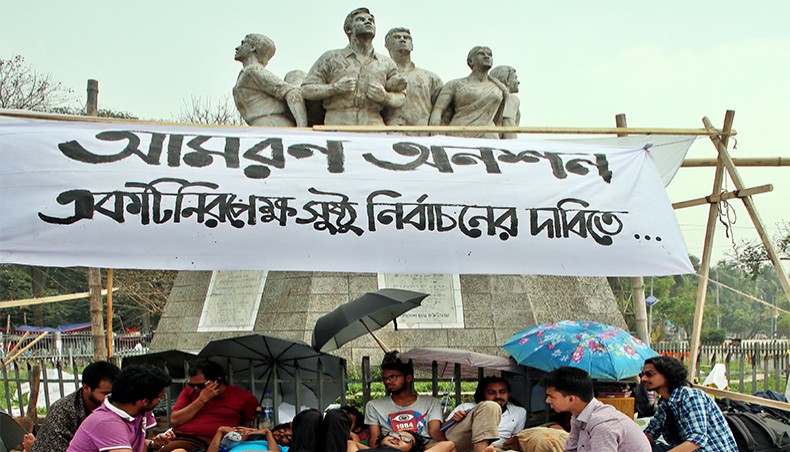 The probe body, formed to investigate allegations of irregularities in Dhaka University Central Students’ Union (DUCSU) polls did not find any anomalies.

The committee submitted their report in a syndicate meeting on Wednesday night.

We did not find any truth to the allegations that were raised centring the Ducsu polls,” said DU Pro-Vice Chancellor (Administration) Prof Muhammad Samad.

Mohammad Rashed Khan, who contested the poll for the post of general secretary from the Quota Reform Panel, rejected the probe body report out of hand (he also boycotted the election earlier).

“We are totally rejecting the probe body report as there was no participation of student representative in the panel,” Rashed said.

DU Vice-Chancellor Prof Md. Akhtaruzzaman formed the seven-member probe body headed by Supernumerary Professor Sajeda Banu to investigate the allegations surrounding the Ducsu polls, that were held for the first time in 28 years.