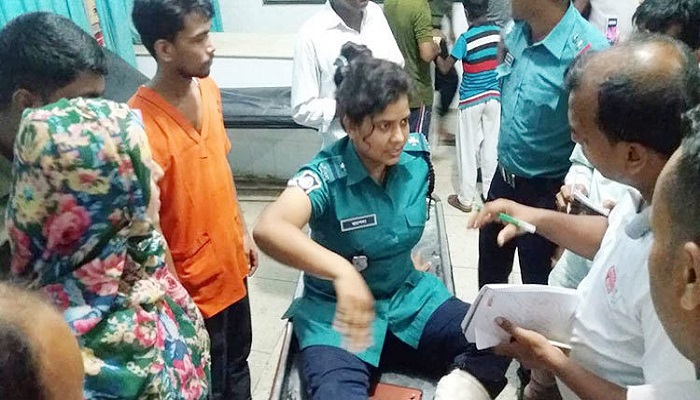 The Criminal Investigation Department (CID) of police on Thursday said Malibagh cocktail blast on police was carried out to draw the attention of donors and keep donation continued.

CID Chief Mohammad Shafiqul Islam disclosed this at a press conference at CID Headquarters in the capital’s Malibagh area today.

Shafiqul Islam said, “The attackers wanted to prove that their activities are still on-going in the country.”

CID boss also said they tried to grow fear among law enforcing members and weaken them psychologically through the recent bomb attacks including Malibagh cocktail blast.

“The attackers will now try to procure fund from their donors showing the incident of the recent Malibagh cocktail blast,” Shafiqul Islam added.

Two people, including an on-duty female Assistant Sub-Inspector (ASI) of DMP, were injured after a cocktail exploded at Malibagh intersection in the capital on Sunday night (May 26).

Earlier, on April 29, three members of police were also injured at a cocktail blast in front of Bangabandhu Shopping Complex at Gulistan area in the capital. Militant group Islamic State (IS) claimed to run the attack.