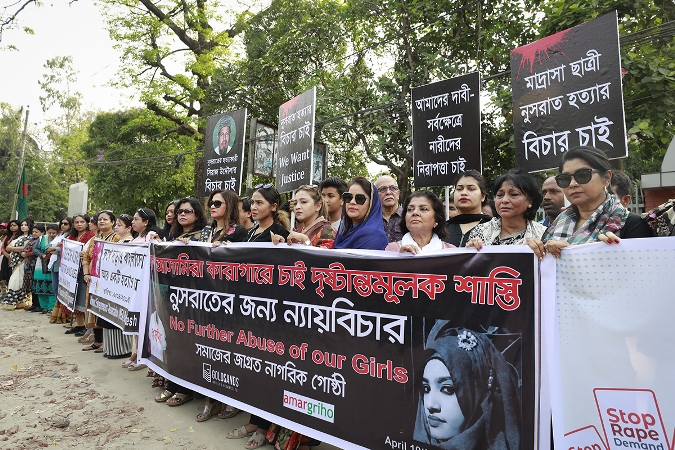 Earlier, Sonagazi Islamia Senior Fazil Madrasa Principal Sirajuddoula and 15 other accused, who were charged with the murder, were produced before the court today.

Police Bureau of Investigation (PBI) submitted the 722-page charge-sheet against 16 people to the court on Wednesday 53 days after the madrasa student was set on fire.

Nusrat had accused the principal of sexually harassing her. She was set on fire at an examination centre in Sonagaziupazila on April 6, allegedly by people loyal to Sirajuddoula. She died on April 10 at Dhaka Medical College Hospital.