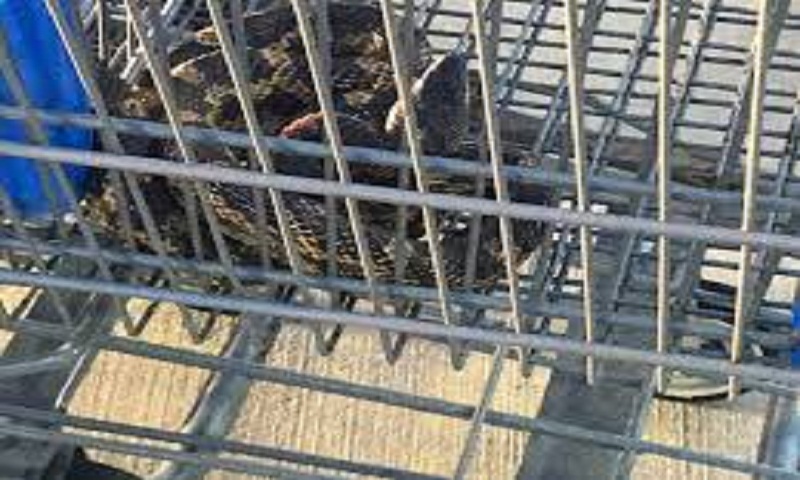 A man working at an outlet of Walmart in Texas received a slithering surprise while collecting shopping carts from the supermarket’s return area. He was greeted by a large rat snake that was hiding in one of the carts. The incident drew the attention of an officer from the Northeast Police Department, who was patrolling the area, when the employee screamed loudly. Soon, the police department intervened and took control of this scary situation.

Shared by the police department on Facebook, the post reads, “A cart attendant from Walmart, while collecting carts, found a large rat snake that had worked its way into a group of shopping carts that had been sitting in a return area”. It further informs that due to heavy rain in the area the snakes are forced out of their natural habitat and are turning up “just about anywhere”.

Eventually, the police were successful in relocating the snake with the help of a man named John Heckaman, locally known as the “snake charmer”.

Shared on May 26, the post attracted a plethora of comments from netizens. While some praised John Heckaman and the police department, others expressed how scared they would be in a similar situation, reports HT.