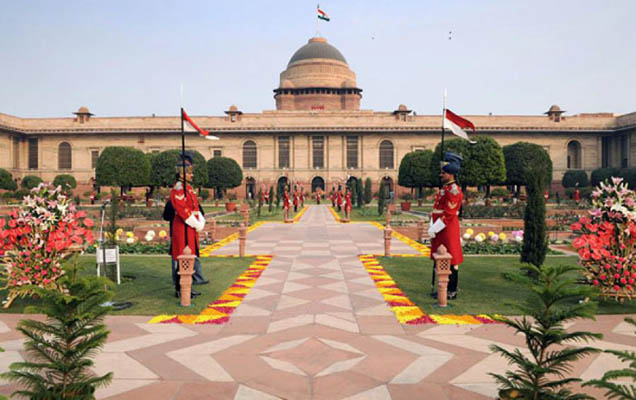 The stage is set to host 6,000 foreign and local guests at the forecourt of Rashtrapati Bhavan for the swearing-in ceremony of Indian Prime Minister Narendra Modi for a second consecutive term on Thursday (tomorrow) evening.

The ceremony may set a new record for a single event at the Rashtrapati Bhavan which is preparing to host the huge number of dignitaries including heads of state like Bangladesh President M Abdul Hamid from Bay of Bengal Initiative for Multi-Sectoral Technical and Economic Cooperation (BIMSTEC) countries.

Malik said the Indian presidential palace, however, laid emphasis on “simplicity and dignity, in keeping with a solemn occasion” as President Ram Nath Kovind would administer Modi’s oath of office for a second consecutive term.

President of Bangladesh Abdul Hamid will join the ceremony with other heads of state of BIMSTEC countries while Indian external affairs ministry confirmed the participation of Sri Lankan President Maithripala Sirisena, Kyrgyz Republic President Sooronbay Jeenbekov and Myanmar President U Win Myint as heads of state.

Modi is expected to make a call on Bangladesh president at the Hyderabad House, an official venue for banquets and meetings for visiting foreign dignitaries, on Friday morning prior to his departure for Dhaka in the afternoon.

Even after hinted to join the ceremony earlier citing “constitutional courtesy”, West Bengal Chief Minister Mamata Banerjee tweeted today that she is not attending the ceremony. “It was my plan to accept the Constitutional invitation’ and attend the oath-taking ceremony …. this (media reported BJP claimed 54 people have been murdered in political violence in Bengal) has compelled me not to attend the ceremony,” she tweeted.

In her tweet, Mamata claimed that there were no political murders in Bengal.

According to officials, the ceremony will be followed by a vegetarian High Tea for guests and a small private banquet hosted by President Ram Nath Kovind for visiting dignitaries.

The High Tea menu is likely to include lemon tarts, sandwiches, samosas and the appropriately named sweet Rajbhog.

The banquet for visiting dignitaries would have both vegetarian and non-vegetarian options depending on the preference of guests, starting with a lemon coriander soup.

There will be a light dinner for the visiting dignitaries because many are from countries to India’s east and we have to take into consideration their cuisine, which is not rich and heavy, as well as the fact that it will be very late for them in terms of their local time, media report said today quoting officials.

President Kovind has appointed Narendra Modi as Prime Minister for the second term after the win.