President not an icon, do not hang my photo in offices: Ukraine president 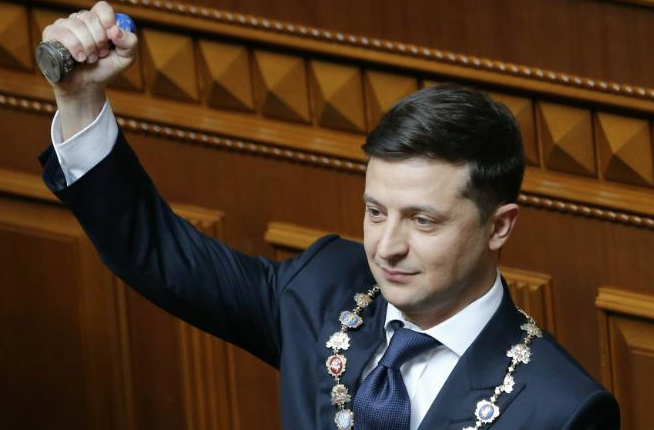 “I really do not want my pictures in your offices, for the President is not an icon, an idol or a portrait. Hang your kids' photos instead, and look at them each time you are making a decision," Volodymyr Zelenskyy, Ukarine's new president said in his inaugural address today.

Taking over reigns of nation, which has been fed up with oligarch elite and battered by a violant war with Russia-backed separatists, Volodymyr Zelenskyy promised an honest and transparent governance run by people for the people.

In his inaugural address, Volodymyr Zelenskyy, who is a comedian by profession and once joked about becoming president of Ukraine, presented the dream of a government run by leaders who do not mean to rule, but serve the common man.

"We will build the country of opportunities, one where all are equal before the law and where all the rules are honest and transparent, the same for everyone. And for that, we need people in power who will serve the people," Volodymyr Zelenskyy said.

Ukraine's new President Volodymyr Zelenskyy is a comedian who played a fictional president on a TV sitcom till he actually became one.

Zelenskyy rose to fame playing a humble schoolteacher who becomes the president of Ukraine in the hit television show, 'Servant of the People'.

He appeals to Ukrainians who are frustrated with the country's oligarchic elite, and the failure to drain the swamp after the country's 2014 revolution. Ukrainians hope that Zelenskyy will fight for the common man instead.

The showman and comedian Zelenskyy, with no prior experience in politics, won the election by a landslide and defeated his predecessor Petro Poroshenko by an over 200 per cent vote margin.