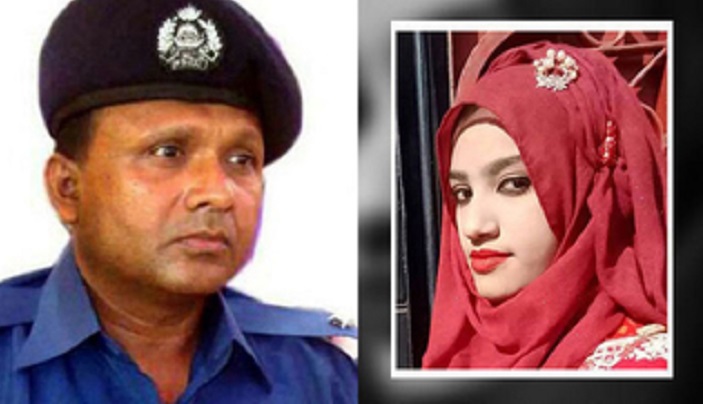 Advocate Salma Sultana filed the bail plea to the concerning section of the HC on behalf of the OC, court sources said.

Earlier on the day, Police Bureau of Investigation (PBI) has submitted the charge sheet against 16 people in the death of the Feni madrasa student Nusrat Jahan Rafi.

He went into hiding after the arrest warrant against him issued on Monday (May 27).

The police officer, however, is now out of trace. No one knows his whereabouts.

Last month on April 10, he had been arrested from Sonagazi. After the suspension on May 8, he joined Rangpur Range Office last week.