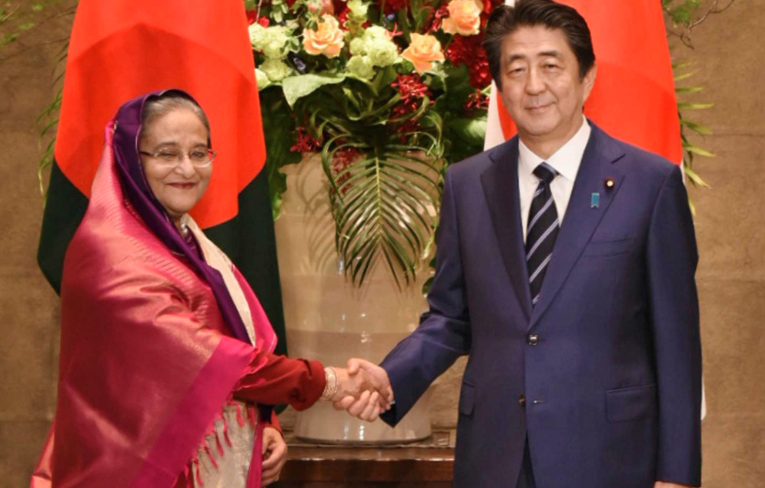 Bangladesh and Japan on Wednesday signed their 40th ODA deal involving US$ 2.5 billion for implementing five projects to bolster ties between the two countries.

Prime Minister Sheikh Hasina and her Japanese counterpart Shinzo Abe witnessed the signing at his office.

Sheikh Hasina was given guard of honour when she reached the Japanese Prime Minister’s Office.

Later in the evening, she will attend the official dinner to be hosted by Prime Minister Shinzo Abe at his residence.