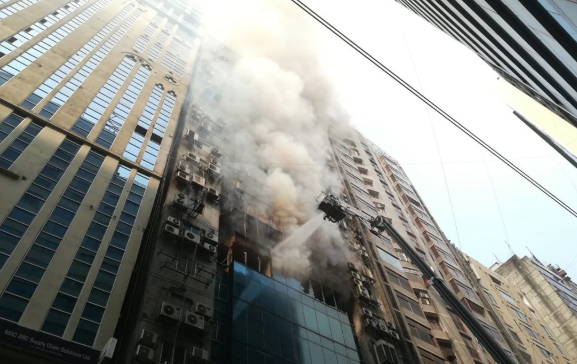 A Dhaka court set July 7 to submit probe report in the case lodged over deadly inferno in FR Tower in capital’s Banani area on March 28 this year.

A total of 26 people were killed and 73 others were injured in the fire that quickly engulfed the 22-storey building on Road-17 at Kamal Ataturk Avenue area in Banani. Banani Police Box in-charge sub-inspector Milton Dutta filed the case on March 30 with Banani Police Station.

Police made Tasvir Ul Islam, one of the owners of FR Tower, SMHI Faruque, the land owner of the building, and Rupayon Group chairman Liyakat Ali Khan Mukul, accused in the case.

Tasvir and Faruque were arrested from different parts of the city on March 30 and were put on remand in the case.