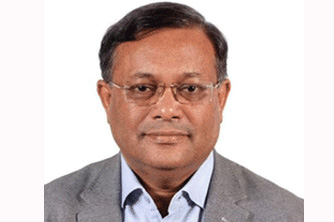 Urging all not to do politics with farmers and agriculture sector, Information Minister Dr Hasan Mahmud on Wednesday said the government has already taken all necessary steps to export the surplus rice.

“Bangladesh is now a food-surplus country . . . But a quarter can’t see the success as it is always engaged in conspiracy,” he told a memorial meeting at the Jatiya Press Club in the capital.

Hasan, also the publicity and publication secretary of the ruling Awami League, said once a food deficient country Bangladesh is now a food exporting country though it is home to 160 million people.

The minister said Bangladesh is moving ahead indomitably under the dynamic leadership of Prime Minister Sheikh Hasina. “Bangladesh has emerged as a unique example of development before the world community, he added.

The country witnessed a tremendous progress as the present government implemented many development programmes over the past 10 years, he said, adding Bangladesh has exceeded India and Pakistan in many key indicators.

Paying rich tribute to Subir Nandi, Hasan said, “Nandi was not only a legendary singer, but also a good human being. He was polite and had a good soul.”

The minister said the country has lost a number of prominent cultural activists including Ahmed Imtiaz Bulbul, Tele Samad and Ayub Bacchu this year.

Hasan said the cultural practices help the young generation become a healthy citizen of a country. “It also helps the generation from derailing,” he added.