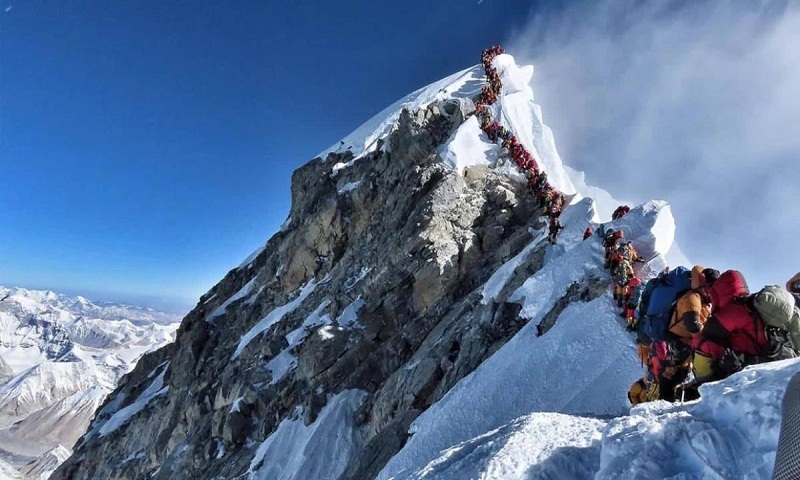 Scaling Mount Everest was a dream few realized before Nepal opened its side of the mountain to commercial climbing a half-century ago. This year the government issued a record number of permits, leading to traffic jams on the world's highest peak that likely contributed to the greatest death toll in four years.

As the allure of Everest grows, so have the crowds, with inexperienced climbers faltering on the narrow passageway to the peak and causing deadly delays, veteran climbers said.

After 11 people died this year, Nepal tourism officials have no intention of restricting the number of permits issued, instead encouraging even more tourists and climbers to come "for both pleasure and fame," said Mohan Krishna Sapkota, secretary at the Ministry of Tourism and Civil Aviation.

Nepal, one of the world's poorest countries, relies on the climbing industry to bring in $300 million each year. It doesn't cap the number of permits it issues or control the pace or timing of the expeditions, leaving that to tour operators and guides who take advantage of brief clear weather conditions whenever they come, leading to pileups near the peak.