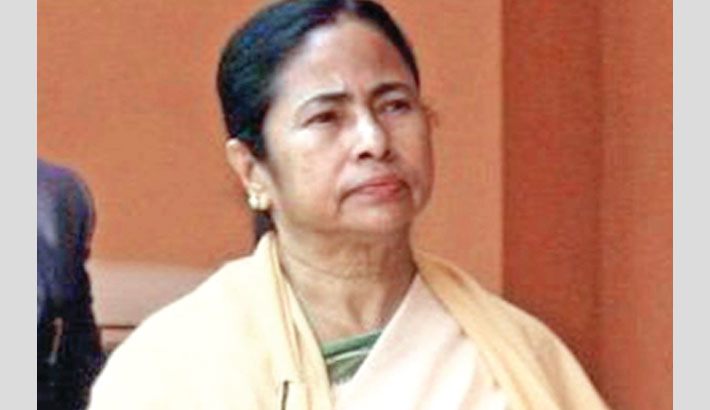 KOLKATA: In a major setback for West Bengal chief minister Mamata Banerjee, two Trinamool Congress and one CPM legislator, along with 60 councillors from three civic bodies in West Bengal, joined the BJP on Tuesday, adding to the ruling party’s troubles after a shocking performance in the Lok Sabha election, reports Hindustan Times.

MLAs Subhranshu Roy from Bijpur, Sunil Singh from Noapara, and Barrackpore’s Shilbhadra Dutta reached Delhi on Monday as more than 60 Trinamool Congress councillors from Halisahar, Kanchrapara and Naihati municipalities also flocked to the capital. All the assembly constituencies are in North 24 Parganas district adjoining Kolkata.

Subhranshu Roy is the son of Mukul Roy, the convenor of the BJP’s election management cell in West Bengal, and Singh is the brother-in-law of Arjun Singh — the newly elected BJP Lok Sabha MP from Barrackpore. Dutta was known as a close confidant of Mukul Roy.

“Like the elections were held in seven phases in West Bengal, joinings in BJP will also happen in seven phases. Today was just the first phase,” said Kailash Vijavargiya, BJP national general secretary.

Subhranshu Roy was expelled on May 24, just a day after Lok Sabha election result was announced, for making anti-party comments by praising his father Mukul Roy and saying he single-handedly wrecked the TMC in the state. On Tuesday morning, Subhranshu Roy refused to speak to media.

The BJP’s landslide win in the parliamentary elections was also powered by its excellent showing in West Bengal. From two seats in the 2014 Lok Sabha elections, its tally went up to 18 out of 42 in 2019 elections. In the process, the BJP also increased its vote share to 40.25 % in 2019. The ruling Trinamool won 22 seats in the Lok Sabha election this year, down from 34 in the general election in 2014.

“The manner in which he was expelled from the party just a day after Lok Sabha polls proves that there is no democracy in the Trinamool. So, we have come to Delhi to express our solidarity and join the BJP,” said Halisahar Municipality chairperson Anshuman Roy.

“We have come to Delhi to join the BJP. There is no internal democracy in Trinamool. The dream with which we had been in Trinamool for years has been shattered,” said Makhan Singh.

Back in West Bengal, Tusharkanti Bhattacharya, who won from Bishnupur Assembly constituency on a Congress ticket in 2016, also talked on Tuesday about his decision to switch over to the BJP.

Meanwhile, Trinamool’s North 24 Parganas president and state food and supplies minister Jyoti Priya Mallick called an emergency meeting on Tuesday afternoon with all party MLAs and civic body chiefs to chalk out a counter-strategy to arrest the growing strength of the BJP in the district.