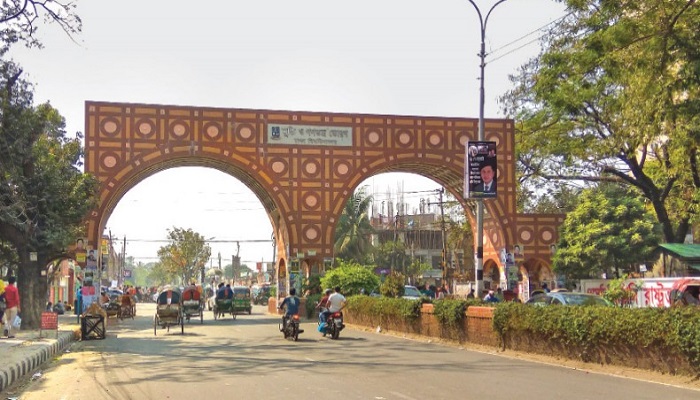 The Dhaka University (DU) authorities on Tuesday decided to set up check posts on the campus to restrict movement of heavy vehicles aiming to ensure safe and congenial atmosphere for its students.

Initially, security officials will be deployed on the busy entrances of the campus including Nilkhet intersection to monitor vehicles on Nilkhet-TSC road from 3 pm to 9 pm.

The decision was taken at a meeting of the university proctor’s team with other university stakeholders at Nabab Nawab Ali Chowdhury Senate Bhaban with Proctor Professor AKM Golam Rabbani in the chair.

The meeting decided to ban movement of heavy vehicles including lorry, oil tanker and trucks through the campus area.

“Strict measures should be taken to minimize traffic jam, mugging, drug peddling and other misdeeds on the campus,” said DUJA General Secretary Mahdi Al Muhtasim Nibir. Proposal to set up check posts at every entry points of the campus including Shahbagh, Doyel Chattar, Nilkhet, Palashi intersection were placed at the meeting.

Moreover, the meeting decided to check presence of drug peddlers, muggers and beggars on the campus.