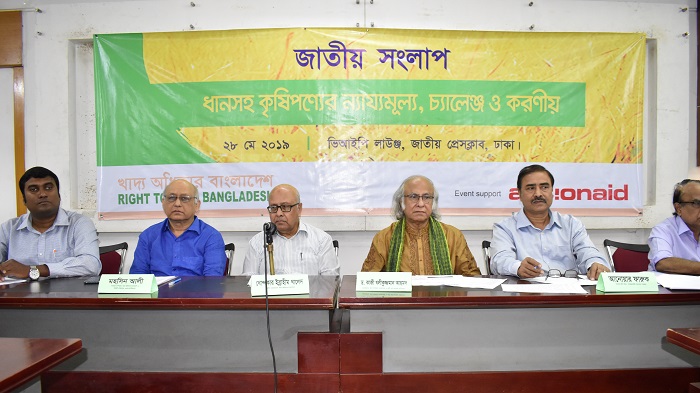 A group of prominent economists of the country on Tuesday urged the government to take immediate steps for purchasing paddy straight from the farmers.

This call was placed during a national dialogue arranged by Khadya Adhikar Bangladesh (KAB) and Action Aid in the capital’s Jatiya Press Club on Tuesday.

They warned that if authorities don’t take initiatives to procure paddy from farmers as soon as possible, they will reduce their rice production that will certainly increase the prices of rice next year.

Khandker Ibrahim Khaled, also vice president of KAB, expressed his dissatisfaction about the task of the food ministry in this regard.

Web Foundation Executive Director Mohsin Ali and journalist among others were present and delivered speech in the programme.