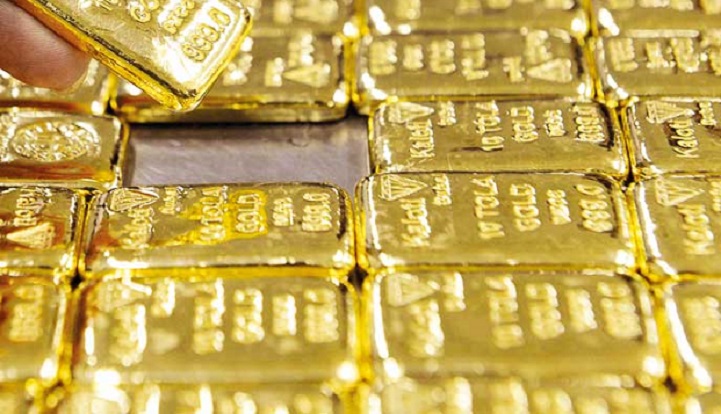 Customs Intelligence and Investigation Department (CIID) in a drive arrested two men along with 20 gold bars—weighing about 2 kilograms at Hazrat Shahjalal International Airport in the city on Tuesday morning.

The arrestees were identified as Maksudur Rahman and Mohammad Shakil Molla.

The estimated market price of the seized gold is about Tk 1 crore and 12 lakh.

According to the commissioner, the Bangladeshi nationals arrived in Dhaka from Guanju on a flight of Biman Bangladesh Airlines, BS-326 at 7:00 am on the day.

Acting on a tip-off, the CIID team challenged the duo when they were about to leave the airport's green channel. Primarily, they denied carrying any gold items.

However, in the face of interrogation, they revealed that they were carrying twenty gold bars inside their rectums, said CIID DG Dr Shahidul Islam.

Later, the gold bars were removed from their rectum in a special process, he said.

Legal action has been taken against the arrestees under the Customs Act, he added.