Is Rahul Gandhi’s innings over? 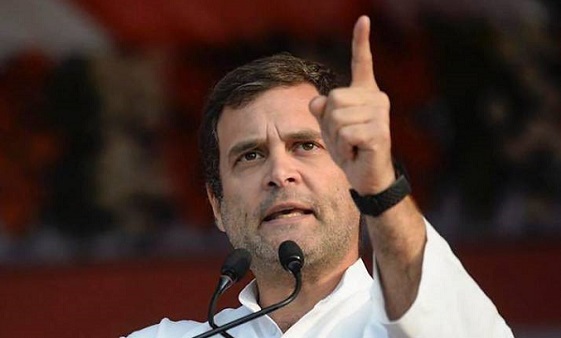 Rahul Gandhi, the grandson of India’s Iron lady late Indira Gandhi, has opted to resign as the chief of the Congress Party which got a drubbing from Narendra Modi’s Bharatiya Janata Party (BJP) in the recent Lok Sabha election. What then for him and his party which has ruled for most of the time since independence. Is Rahul’s innings over?

“He insisted on quitting and both his mother Sonia Gandhi and sister Priyanka Gandhi has backed him on the decision,” news reports here quoted Congress sources as saying.

Gandhi was quoted as saying that he would continue to work for the party. “It is not necessary that the president should be from the Gandhi family,” sources quoted him as saying firmly. He also asked not to pull in Priyanka as his replacement.

He referred to the loss of seats of a number of “sons” of Congress leaders who lost, proving dynastic leadership have not worked.

Rahul is one story, while the Congress is another. When the two are put together it has so far been not a happy story as far as elections were concerned, although the Congress has increased its seat by four, but Rahul lost his family’s traditional seat in Amethi, Uttar Pradesh.

Lok Sabha drubbing along with Amethi loss, painted a dismal picture about the future of Rahul politician.

Devadeep Purohit, political editor of the Telegraph newspaper, told the Daily Sun “it is a very difficult time for the Congress. They need both a narrative and a leader. Rahul surely acts as a glue, but he has to work harder for acceptance at all Indian levels.”

“I think, the future of Congress will depend on its ability to tich together alliances across the country,” he added.

Devendra Mohanty, a veteran journalist, told the Daily Sun “There is no reason to right off Rahul Gandhi as I feel people are sceptical, scared and doubtful about a number of issues after the elections, including what the future hold for them.”

“Thus Rahul and his Congress will have a major role to play to bring back India to its original form —- like strengthening of many important institutions like the Election Commission,” he added.

One official of a multinational organisation told this correspondent, requesting anonimity, that “India is going through a transformation and is trying to find its new identity and also to make a major mark in the comity of nations.”

Thus, just because BJP has got a thumping victory it did not mean Congress of the Gandhi’s were out, he said adding “There is a need for a strong opposition and as far as Rahul is concerned his responsibilities as well as challenges have now multiplied.”

“No, Congress needs the Gandhis to remain cohesive .... they are in a soul-searching process and I think Rahul will stay on as the party chief,” said Gautum Lahiri, the former head of the Press Club of India.

Sources close to the Congress said Rahul has asked party leaders to find a replacement and until then he would continue instead of stepping down immediately, but also that he would not “vanish” and work from behind.

The Congress was demolished in 17 states, including Rajasthan, Chhattisgarh and Madhya Pradesh, the states it won in December. The party also failed the test in Karnataka, another state it rules in alliance with HD Kumarasamy. Only in Punjab, where it has been in power since 2017, did Congress win eight of 13 seats.

The Congress has mostly been led by members of the Nehru-Gandhi family except for several years after former Prime Minister Rajiv Gandhi (Rahul Gandhi’s father) was assassinated in 1991. The party did not do well under Sitaram Kesri and several leaders convinced Sonia Gandhi to take over. Commentators have said that Gandhi was a “no match” candidate for “macho Modi,” other than his family name and had failed to launch a proper campaign. The BJP had extensively campaign by sending its workers door-to-door and using Whattsapp and other digital methods.

The greatest mistake by Rahul was questioning the air strikes in Balakot deep inside Pakistan, which hurt the nationalist fervour of the Indians that Modi oushed very hard as a tough leader.

“One of the key political lessons from the 2019 general election is that parties should neither question military operations not sof-peddle on national security,” said Shishir Gupta, executive editor of the Hindustam Times.

In his piece “Congress repeated a costly mistake on national security,” he says Congress made the same mistake in 1999 when caretaker Premier Atal Bihari Vajpayee took steps in the Kargil war ... “public sympathy stayed with the Indian jawans who sacrificed their lives to evict Pakistani intruders.” The Congress was also exposed about what was called a “weak responceto the 26/11 Mumbai attack.”

It apparently did not go well with the electorate as it exhibited Gandhi’s disrespect to his elder —- Modi —- which is a strong show of misbehaviour in India. The poll dust has appeared to have settled down, but political analysts here said there were “under currents” which would possibly rumble through Modi’s next five years in office and that was where Rahul could play the pivotal role.

“He has to keep a close observation if Modi was fulfilling his commitments made ahead of the elections and pin him down if those were not visible,” said one analyst.

An Asian diplomat said BJP had cadre-based supporters, which the Congress did not have. Rahul was educated in the USA and gradually climbed the stairs to become the Congress chief after a period when Sonia Gandhi took charge following her husband’s assassination.

Congress leader Sonia Gandhi wrote a letter to the people of Rae Berilli published Monday, she thanked them for re-electing her and said she was ready to sacrifice everything to safeguard the “basic values of India.”

“I know the coming days are going to be very tough, but I am fully confident that with the power of your support and trust, the Congress will meet every challenge,” she said.