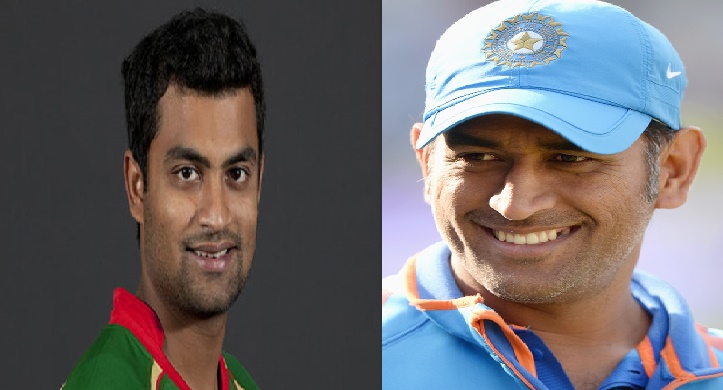 Tamim Iqbal, the left-handed Bangladesh batsman, is currently gearing up for the upcoming World Cup in England and Wales. Being the Tigers’ highest run-scorer in the ODI format, a lot would be expected of the 30-year-old from Chittagong in the mega event. Bangladesh, led by the enigmatic Mashrafe Mortaza, are scheduled to play their first match against South Africa on June 2 at the Kennington Oval.

In the meantime, Tamim picked his all-time World Cup XI. He selected Sachin Tendulkar and Virender Sehwag for the opening slot. The duo was deemed as one of the most explosive pairs of their generation, having scored 4387 runs together in 114 matches. It didn’t spring as a surprise that Iqbal went for Virat Kohli as his number three batsman. Kohli has 66 international centuries to his name.

Tamim selected the legendary Australian batsman Ricky Ponting for the fifth slot in the batting lein. Ponting is a two-time World Cup winning captain. Jacques Kallis and Tamim’s countryman Shakib Al Hasan are the all-rounders in his lineup. With over 24,000 runs and 670 wickets, Kallis was a fulcrum of the South African team. On the other hand, Shakib is set to play his fourth World Cup after making his debut in 2007.

Tamim opted for the evergreen MS Dhoni as the captain of his team while talking on ESPNcricinfo. Dhoni helped India to its second World Cup title back in 2011 after 28 years. In the final, he scored an unbeaten 91 against Sri Lanka. Dhoni was the skipper in 2015 as well and is geared to play his fourth World Cup tournament. Tamim next picked the deadly Pakistan duo of Wasim Akram and Shoaib Akhtar as the fast bowlers.

Akram and Akhtar have 55 and 30 wickets respectively in the World Cup. Australian speedster Glenn McGrath, who’s the tournament’s leading wicket-taker with 71 wickets, is the third specialist fast bowler in his team. Muttiah Muralitharan is the lone specialist spinner in the line-up. The Sri Lankan spinner has 68 wickets to his name from 40 matches.