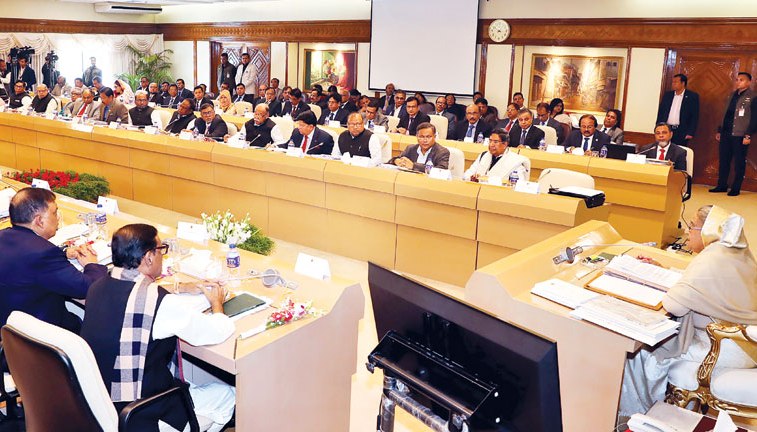 The cabinet has given approval in principle and final nod to the draft of the Law and Order Disruption (Speedy Trial) (Amendment) Act- 2019.

The Act which deals with serious crimes such as extortion, vandalism and tender manipulation will continue till 2024.

Although the law was to expire in April this year, the law has been extended for five years due to some very sensitive cases remain pending under the law.

The move came after the cabinet approved the draft of “Law and Order Disruption (Speedy Trial) (Amendment) Bill, 2019” during a meeting, with Prime Minister Sheikh Hasina in the chair, Cabinet Secretary M Shafiul Alam told journalists this afternoon.

In its last amendment in 2014, a bill was passed to amend the law and extend it to remain effective till April 7, 2019.

Earlier on June 5, 2017 the cabinet approved in principle the draft of "The Law and Order Disruption (Speedy Trial) (Amendment) Act-2017" increasing the punishment up to seven-year jail sentence for law and order disruption-related crimes.

According to the law, disruption to vehicular movement, blocking of roads, tender manipulation, issuing threats, extortion, mugging, terrorising people and vandalism of public properties will be treated as offences.