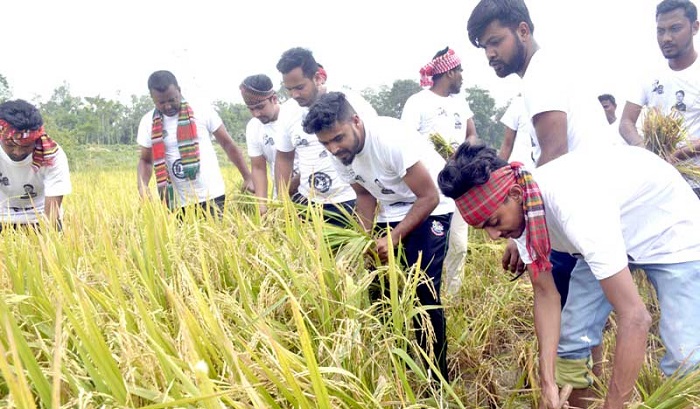 Some activists of BCL Dinajpur district unit, led by its president Md Tanvir Islam, participated in the harvesting paddy from fields of three poor farmers of Nahona village at Sheikhpura union of the Upazila.

The names of the farmers are Atamuddin, Nazrul and Badsha Mia, who have planted paddy in 6 bighas land this year.

They also said BCL’s cooperation will reduce the amount of their loss to some extent.

Under this circumstance, the BCL central leaders instructed its activists all over the country to help farmers in paddy harvesting a week ago.