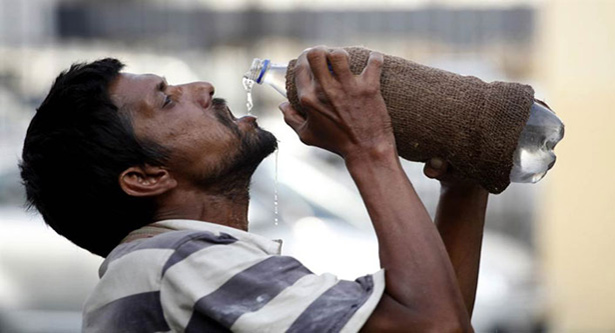 “Mild heat wave is sweeping over the regions of Rajshahi, Pabna, Khulna, Kushtia and Mongla and it may spread”, said a met office bulletin released today.

“Rain or thundershowers accompanied by temporary gusty wind are likely to occur at a few places over Rangpur, Mymensingh, Sylhet and Chattogram divisions and at one or two places over Rajshahi, Dhaka and Khulna divisions.

Weather may remain mainly dry with temporary partly cloudy sky elsewhere over the country”, it added.