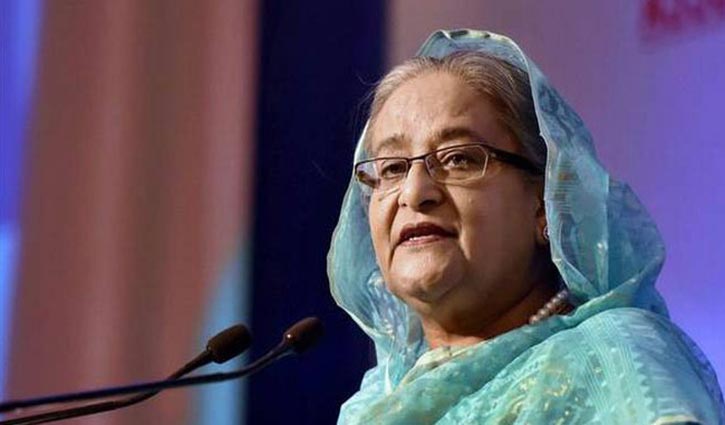 “Being elected public representatives once means not an end of a chapter, rather they will have to win hearts and minds of the people of their locality,” she said.

The premier added: “So, you’ll have to work for the welfare of the people irrespective of the party affiliations and uphold the trust and confidence that the people reposed on you.”

The prime minister was addressing the oath-taking ceremony of newly-elected mayor and councillors of the Mymensingh City Corporation (MCC) at her office here this morning.

Sheikh Hasina said public representatives will have to work for the development of their respective areas to earn satisfaction of the people.

In this regard, she reminded them about their responsibilities saying the politics for the personal interest never sustains and can’t bring any welfare to the people.

Referring to the steps of her government for decentralisation and strengthening of the local government bodies, the prime minister said new divisions and city corporations have been created in the country to attain the goal.

Sheikh Hasina said her government has been implementing Taka one lakh 73 thousand crore ADP this year and public representatives will have to appropriately spend hard-earned money of the people.

About the national budget to be placed on June 13 next, the prime minister said over Taka five lakh crore budget is being prepared, of which Taka two lakh crore will be spent for implementation of the ADP.

She called upon the public representatives to oversee the development programmes being implemented in their localities to ensure proper use of public money.

Sheikh Hasina said her government wants to ensure that Bangladesh as an independent country can advance in the world stage with its independent existence.

Pointing out her government’s massive uplift efforts, she said all measures have been taken to develop the country from very grassroots level.

The first-ever election to the MCC was held on May 5 in a festive mood.

Awami League mayoral contender Ekramul Haque Titu was elected uncontested as there was no rival candidate against him after the withdrawal of candidature by Jatiya Party mayoral contestant Jahangir Ahmed.