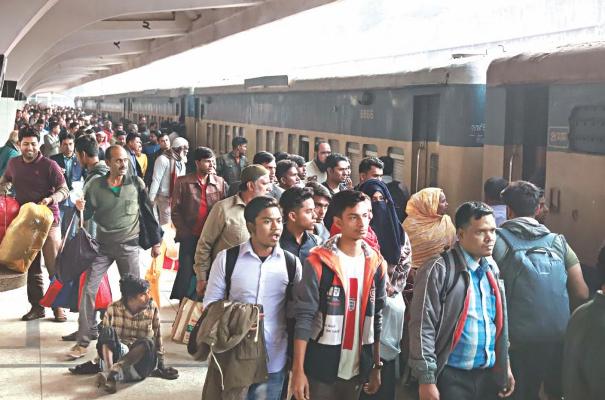 The railway, however, on Sunday completed sale of advance train tickets ahead of Eid-ul-Fitr amid complaints that many holidaymakers could not purchase tickets online.

Now, 15 percent unsold tickets which were supposed to sell online will be available at counters.

Railway source said no saloon (coach) would be added to the trains for VIPs 10 days before and 10 days after the Eid.