‘IS claims responsibility for Malibagh attack on police vehicle’ 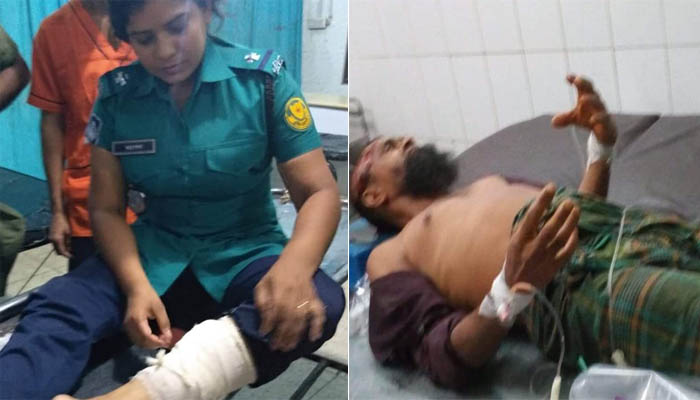 The Islamic State (IS) has claimed the responsibility for an attack which took place in the Dhaka's Malibagh area last night, injuring a woman cop and two others.

It tweeted: "#Bangladesh 🇧🇩: ISIS have claimed responsibility for an attack which took place in the Malibagh area of #Dhaka today. An IED was thrown at a police vehicle, wounding an officer and a nearby civilian."

A bomb exploded near a police pickup at Malibagh intersection in the capital around 9:00 pm on Sunday, wounding female police officer and two others.

Babli suffered injuries to her left leg while Lal Miah to his head. Later, they were taken to Dhaka Medical College and Hospital (DMCH).

The police vehicle caught fire because of the explosion and was partially damaged.