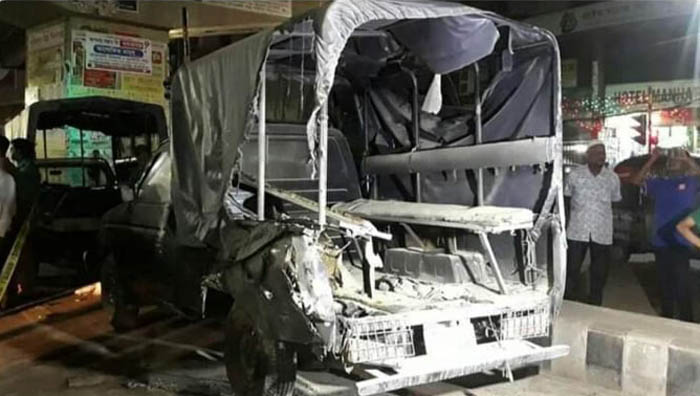 A Facebbok post went viral on Sunday night after a cocktail blasted on a police van near CID office at Malibagh intersection in the capital which suggested that ‘Mujahids’ of some ‘Dawlatul Islam’ are behind the attack. 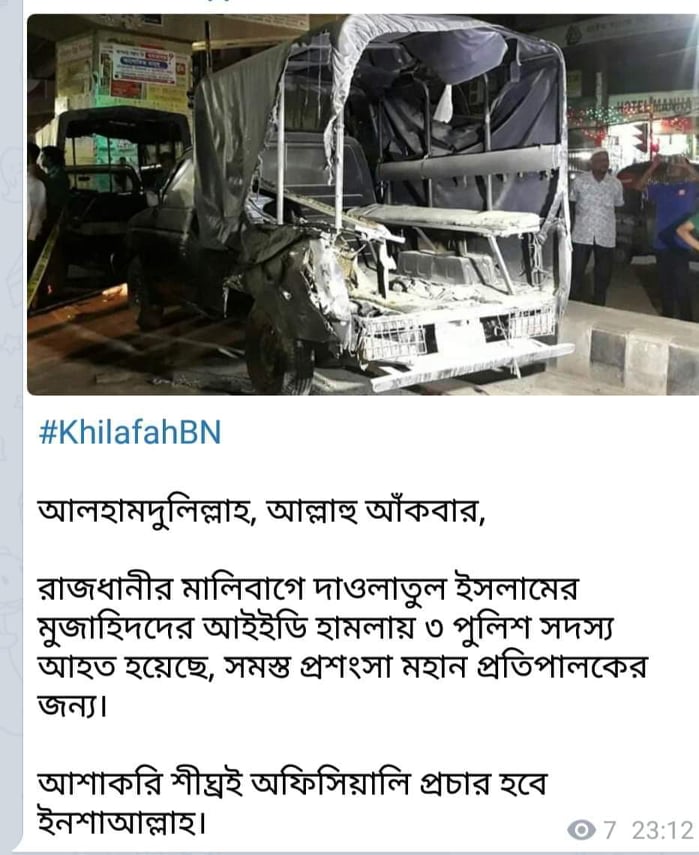 A Facebook user ‘#KhilafahBN’ in his post claimed that ‘Mujahidins’ of ‘Dawlatul Islam’ had successfully launched an IED attack on Malibagh police van that injured three police men.

The post also told that an ‘official statement’ will be published soon.

The post reads—“Alhamdulillah Allahu Akbar, three police men were injured in an IED attack launched by mujahids of Dawlatul Islam in the capital. All praise is for the almighty Allah. Hope, official declaration will be published soon, Inshallah.”

However, law enforcers yet to comment on this regard immediately.