Line and length key for spinners in WC, says Miraz 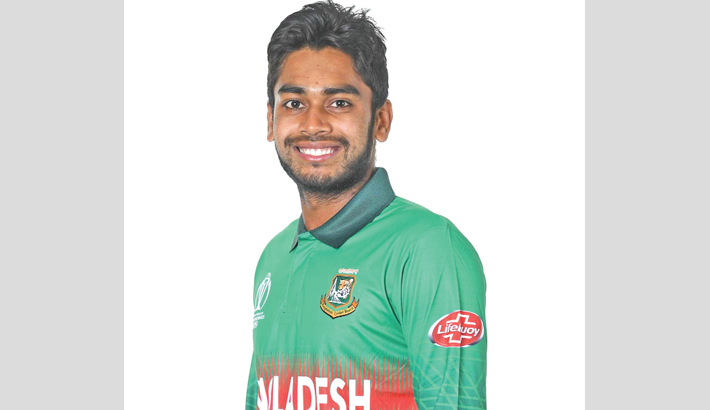 Bangladesh off-spinner Mehedi Hasan Miraz believes that more than variations in line and length will be crucial for the slow bowlers in the upcoming ICC World Cup 2019.

The young spin prodigy is expected to partner Shakib Al Hasan in the World Cup as the duo played a big part behind Tigers maiden multi-nation trophy in Ireland.

Though none of them turned out to be a major wicket-taker in the just concluded Tri-nation for their team as it was observed they were not going after the wicket either by bowling with the philosophy of buying the wicket like most spinners do in search of breakthrough.

Rather they were bowling with the aim of checking the flow of runs and that looked to have put pressure on the batsmen.

“I think assisting the fast bowlers would be very important in England. Because we won’t get much benefit from there like sub-continental wickets, our target will be to contain the batsman and give as less runs as possible because wickets would be very good for batting,” he said.

“If I give fifty to fifty five runs in ten overs and pick up two wickets, I think it’s a good bowling figure in that condition. I think if we can restrict the flow of runs alongside the pace bowlers it would be great for us,” he said.

Mehedi is also aware that he needs to perform in the global tournament in order to dismiss all the criticism about his performance abroad.

Many believe that the off-spinner is less effective abroad considering his performance at home.

“Doing well in the foreign soil is very important. If I can do well in alien conditions it means that I am good enough to flourish in international arena,” said Mehedi.

“In Bangladesh, we get turn and help from the wicket but we won’t get that here. So, the challenge is greater for me in the foreign countries. I have to take extra preparation before this type of tour, so that I can adapt well with the condition and also perform well,” he said.

At a time when wrist-spinners are in trend, Bangladesh will be heading into the World Cup without one. To be lagging behind in the spin department isn’t something that the team is traditionally used to. Young off-spinner Mehedi Hasan Miraz believes his role, in the upcoming tournament, will be to play the supporting role for the pacers.

The flat tracks and small grounds of England are expected to result in some high-scoring games, with finger spinners likely to come under attack. While the wicket-taking opportunities that will be created for the wristspinners could offer some respite to them, there is very little opportunity to escape for the finger spinners. Mehedi believes he is ready to take on the challenge that is expected to come his way.

“There is always pressure in international cricket and I have taken this tournament as a challenge to see how well I can play in these conditions,” said Mehedi.

“The team management has kept their faith on me and I must repay them. As there is no leg spinner in the team I will try to give my best so that it can cover up for the lack of wrist-spinners,” he concluded.