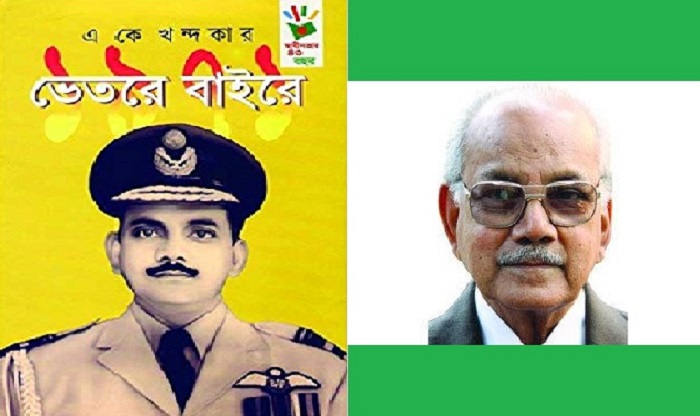 The former planning minister of Awami League ruled government during 2009 t0 2014 confessed his mistake while giving an interview with a private TV channel of the country on Sunday.

He also asked his publisher, Pratham Publications Ltd, to rectify the mistakes and distorted information in the biography.

The veteran freedom fighter was the Deputy Chief of Staff of the Bangladesh Armed Forces during the Liberation War, also expressed his last wish to meet with Prime Minister Sheikh Hasina.

Uproar ensued in the parliament where Awami League lawmakers demanded that the book must be banned and its copies will be confiscated. They also demanded filing a sedition case against the writer, who is also a sector commander of the liberation war.

Mohammed Nasim said "Bangabandhu Sheikh Mujibur Rahman awarded AK Khandaker with the Bir Uttam honours but he (Khandaker) insulted the father of the nation by extending his support to Khondaker Mostaq Ahmad. Prime Minister Sheikh Hasina made him a minister but now he wrote a book against Bangabandhu.”

In response, Khandaker resigned from the Sector Commanders Forum. He was then declared a persona non grata in the district of Gazipur and pro-government lawyers demanded withdrawal of all of his titles.