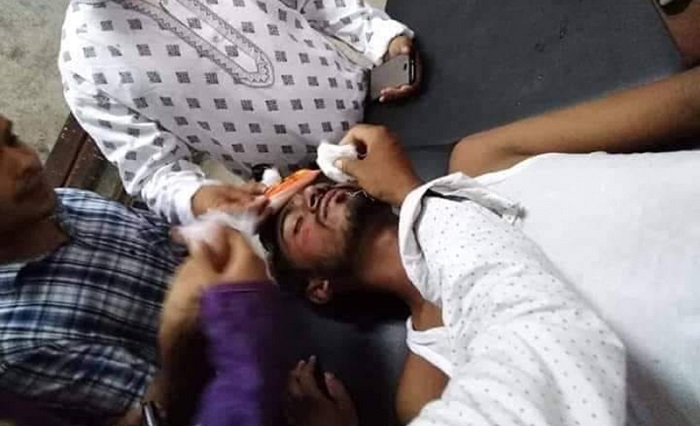 As per scheduled programme, Nur reached the venue on Sunday afternoon, but Bogura police stopped him as they were not informed that Nur would go there to join the programme.

After a while, a group of BCL activists appeared there and attacked on the activists of the Parishad, including VP Nur.

Several men of the Parishad, including a journalist of a private TV channel, were also injured in the attack.

Muhammad Rashed Khan, joint convener of the Parishad, claimed that all of the attackers are BCL men.

Refusing Rashed’s claim, BCL Bogura District Unit’s President Naimur Razzak Titas said, “I have heard the news of the attack. But, attackers are not the activists of our organisation.”

Bogura Sadar Police Station Officer-in-Charge (OC) Badiuzzaman said, “As they (Parishad’s activists) didn’t inform us of the iftar programme earlier, adequate force was not deployed there. The attackers took this advantage.”

VP Nur was rushed to Mohammed Ali hospital and given first aid there, said Rashed.