IGP calls for ratcheting up security ahead of Eid 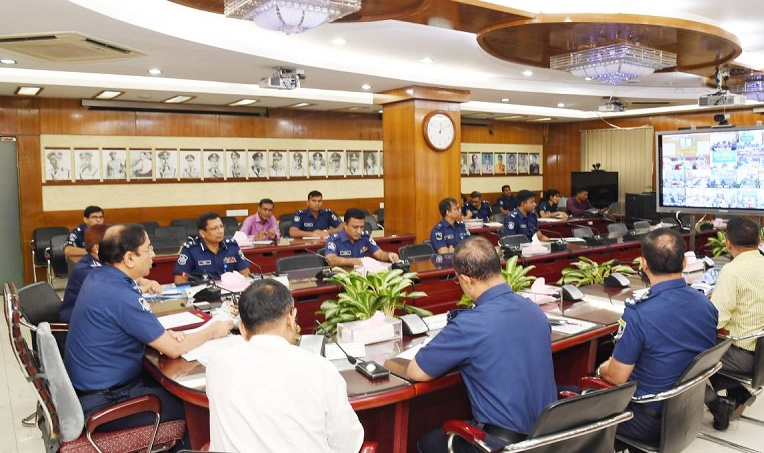 Inspector General of Police (IGP) Mohammad Javed Patwary on Sunday asked police officers to ensure that the law and order remains normal ahead of the Eid-ul-Fitr holiday.

His directives included ratcheting up security at markets and shopping malls, preventing extortion and not allowing passengers on trucks, pickups and goods-laden vehicles.

Patwary gave the directives through videoconferencing from police headquarters to officers of all metropolitan and ranges.

During the video conference, additional IGPs, commissioners of all metropolitan police and range DIGs, and chiefs of police units in Dhaka and senior police officials were present.

The police chief ordered checking driving license and documents of passenger buses as well as to stop passenger transportation on the bus roof.

He instructed to ensure security to prevent sabotage on railways and stopping overcrowding on the waterways.

He ordered to ensure security at National Eidgah, Sholakia of Kishoreganj, Gur A Shaheed Bara Maidan in Dinajpur and other central Eid Jamaats in the division and district levels.

The IGP also ordered to ensure the security of residential areas, banks and financial institutions, gold shops, among others, during the Eid holidays.

The IGP instructed to ensure security of important mega projects and increase security at foreign diplomatic missions and establishments and foreign citizens.