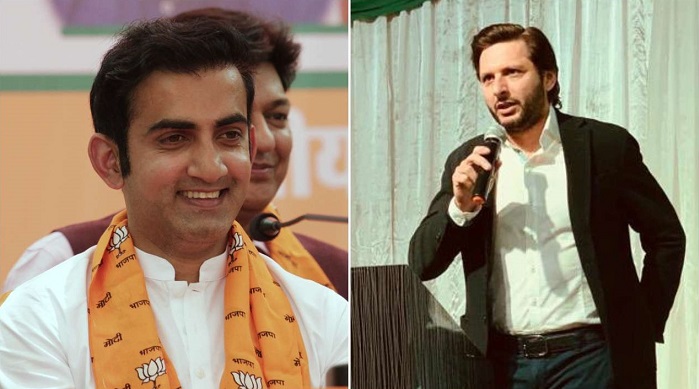 Former Pakistan captain Shahid Afridi lashed out at Gautam Gambhir yet again when a journalist asked him for a comment on the former opener’s suggestion to the BCCI.

Gambhir had said that the Indian team should not play against Pakistan in the World Cup even if the Men in Blue meet them in the final as the Indian soldiers have lost their lives fighting against terrorism at the border.

Afridi while commenting on it said that ‘do educated people talk like this?’

“Do you think Gautam used his wits while talking about this? Does this look like something which a sensible person would say? Do educated people talk like this?” said Afridi.