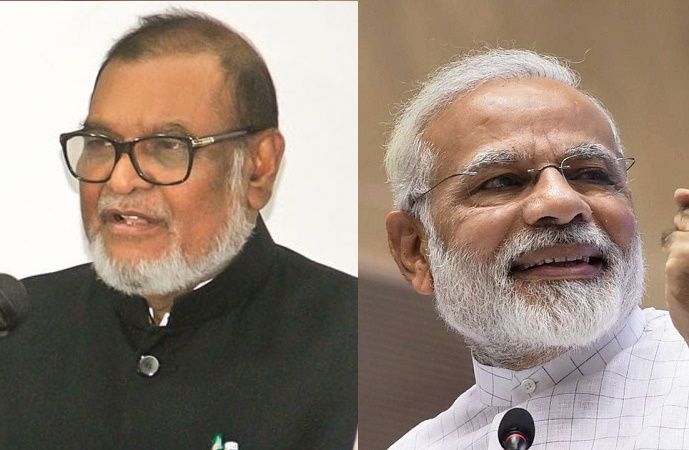 Liberation War Affairs Minister AKM Mozammel Haque will represent Bangladesh at the swearing in ceremony of Indian Prime Minister-designate Narendra Modi on May 30.

Mozammel Haque will represent Bangladesh as Prime Minister Sheikh Hasina will be on a pre-scheduled visit to Japan on that day.

India earlier invited Prime Minister Hasina to attend the ceremony at desired by the prime minister-elect.

In 2014, Modi had invited all heads of state of SAARC countries for his oath-taking ceremony.

Parliament Speaker Shirin Sharmin Chaudhury represented Bangladesh at the swearing in ceremony of Narendra Modi as Prime Minister for the first time on May 26, 2014.

Sheikh Hasina was also on a pre-scheduled visit to Japan on that day.