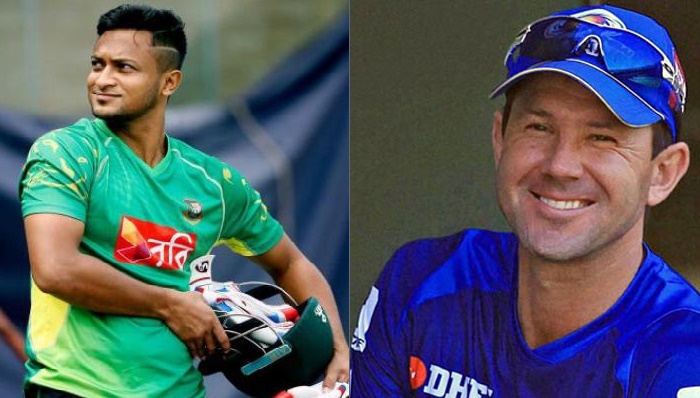 Mentioning that Shakib Al Hasan has been a consistent performer for the Tigers and he would be the team’s trump card, Ponting said: “Shakib has been playing in the international cricket for a long time now, he also played in IPL and Big Bash league for a long time. His experience will come in handy for Bangladesh,”.

“He has been here for a long time. He scores in so different areas; he is very strong in the square of the wicket. He strokes very well in backward point and the third man region,” he said.

“Shakib’s cleverness comes out in his bowling. He has never been a big turner of the ball, left arm off spinner [ Shakib ], his change of pace in bowling is quite amazing and he looks to be attacking. He uses the arm ball a lot more than other spinners,” he added.

“He is different than other spinners right now, most spinners bowl in the pitch and don’t give any scoring opportunities. But he is the other way, he keeps you in the pitch for the first couple of balls, changes the pace and waits for the batsman to take him on,” Ricky Ponting said.

Shakib Al Hasan is the number one all-rounder in the One Day International format. With vast experience under his belt, the southpaw all-rounder is going to hold the key for Bangladesh.