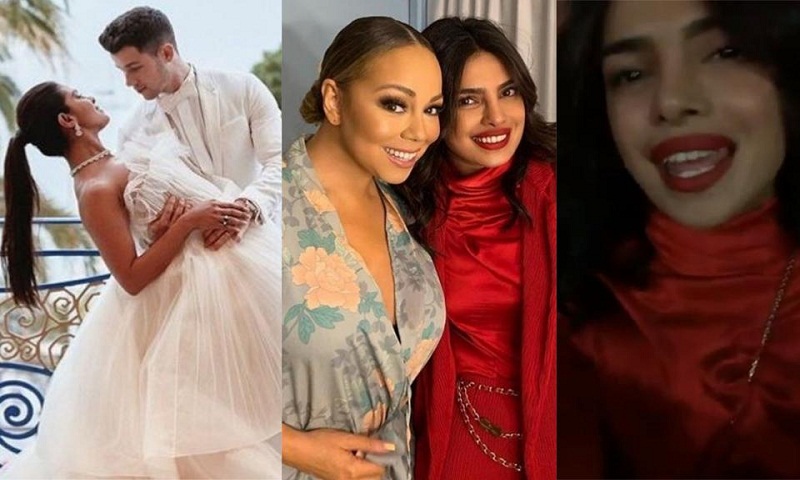 Priyanka Chopra and Nick Jonas celebrated one year of togetherness even though they were miles away from each other on Saturday. The American singer made sure he made things special for his actor wife who had just wrapped up her trip to Ethiopia where she went as a UNICEF brand ambassador.

Nick shared a romantic picture from their recent debut at the Cannes Film Festival. It showed them posing like Belle and Prince Adam from Beauty and the Beast. “One year ago today I went to go see Beauty and the Beast at the Hollywood bowl with a group of friends. One of those friends was the woman that would become my best friend, my confidant, my muse, my beautiful wife. I am so grateful for our journey together so far. You make me smile every day and you inspire me to be the best version of myself. I am honored to be your husband. I love you. @priyankachopra,” he captioned the pic.Priyanka reacted to the romantic post by saying, “The most amazing thing that ever happened to me is you. I love you babs..”

Not only Priyanka, their fans were also floored by Nick’s confession of love and hailed them as couple goals. A fan wrote, “If my future husband doesn’t talk about me like this I want a divorce.” Another wrote, “Stop being so cute our hearts can’t take it.”

Priyanka also called him the best husband ever and shared how she celebrated their first anniversary.

Priyanka and Nick made headlines with their debut at Cannes this year. Pictures of Nick holding an umbrella for his wife to protect her from rain had gone viral. After making her solo debut at the film festival in a black shimmery gown, Priyanka and Nick were twinning during their first appearance together on the red carpet. They also posed for paparazzi while eating pizza in their hotel balcony in their designer outfits and gained the attention of the world with their candid pictures.