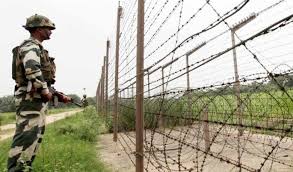 The deceased was identified as Alam (40), son of Moshahaque Ali of Kamdevpur Eidgah More of Biral upazila.

The incident took place at Dharmajain area of the upazila at 1:30 am on Sunday.

Locals recovered the body of Alam after hearing gun shot.

He said, "Alam was killed in BSF firing. The place where he was killed was owned by India, but not the Indian side of wire fence. We have invited BSF to a flag meeting. BGB will protest against BSF firing.”

Mentionable, the dead body has been sent to Dinajpur M Abdur Rahim Medical Ciollege and Hospital morgue for autopsy report.