An Auspicious start for Mashrafe and his men 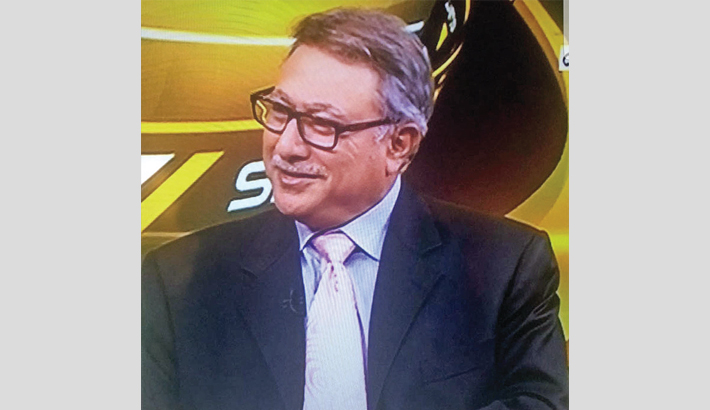 Clinical, methodical and professional is how one would attribute to Bangladesh’s’ performance during their triumphant tour of Ireland in which Mashrafe Mortaza was able to lift the trophy for the first time after about seven attempts for a shot at the silverware. A complete team effort enabled Bangladesh to eke out an improbable victory with more than an over to spare on a rain curtailed match with the young Mosaddek Hossain, the unlikely hero who played some outrageous and audacious shots to see the side through amidst well deserved jubilation.

The team had been a model of consistency in terms of carrying out their plans to such perfection that the seniors of the side were made to play second fiddle in almost all the matches and the exceptional talents of the likes of Soumya Sarkar, Liton Das and the lesser known Mosaddek Hossain came to the fore. The likes of Tamim, Shakib, Mushfiq, Mahmudullah Riyadh and Mashrafe were no doubt in their elements and a role they’ll have to carry out unflinchingly throughout the entire tour should they aspire for something big. Even Mohammad Mithun, Mustafizur Rahman, Mehedi Hasan Miraz, Mohammad Saifuddin and last but not the least Abu Jayed Rahi the medium paced seamer who sealed his fate with a 5-wicket haul and showed the necessary grit good enough to reconfirm his place in the squad were all able to play their part in what was a sensational success in Ireland.

The World Cup which begins for Bangladesh on June 2 against South Africa at Oval will be a match that Mashrafe and his boys will go in knowing that they can trounce their opponents should they execute their plans as they’ve been doing in recent times and that they are no alien to English conditions going by their performances during Champions Trophy 2017. It is not too often that Bangladesh have known to have performed with just about all the players sans Sabbir Rahman to deliver in all the innings on a tour not to speak of a hundred percent success rate as a team.

Bangladesh team will embark on their World Cup sojourn with matches against the two Sub Continental giants India and Pakistan whom they play today and May 28 respectively at Cardiff which is supposedly their lucky ground before they actually take on South Africa on June 2. The players who had gathered at Leicestershire County Cricket Ground because of its excellent facilities have had rigorous sessions. With Mashrafe and Tamim joining the squad after their short leaves one would imagine the squad must be buoyant and raring to go.

Playing against India and Pakistan just before they begin their tournament have come as a golden opportunity to test their skills as both teams ought to consider themselves as favorites particularly India who are not only the number one side in the one dayers but are arguably one of the fittest sides and possess one of the most potent bowling attacks in the world. Pakistan on the other hand have had a 4-0 drubbing at the hands of England during their 5-match ODI series in what was a series of runs galore thus proving beyond doubt that the English summer would be a stage set for the batsmen who are going to go hell for leather. The fast bowlers in particular unless they are ultra aggressive and spinners not thinking out of the box to get wickets will have nightmares in the middle.

Mashrafe Mortaza himself a fast bowler and the spearhead of the Bangladesh attack however understands the responsibility that their bowlers have at hand and therefore meticulous execution and handling of his bowling resources will be one of his greater challenges during the series and an acumen he would want to demonstrate. The batting side as a whole which has fared brilliantly during the recently concluded Ireland series will have to perform out of their skins if they are to chase totals far exceeding the 300/330 runs. What was glaringly evident during the Ireland success was the ineptness of the Bangladeshi batsmen to convert the 70s and 80s in to big scores and an inevitability they would require from their front line batsmen who otherwise are quite capable of doing just that going by their previous performances. Success against both India and Pakistan during their encounters at Sophia Gardens, Cardiff would straightaway make them as one of the favourites of the tournament. Difficult but not impossible particularly after such an auspicious start to their tour.

The writer is a former opening batsman of Bangladesh National Cricket Team.