Father kills two daughters due to abject poverty in Narsingdi 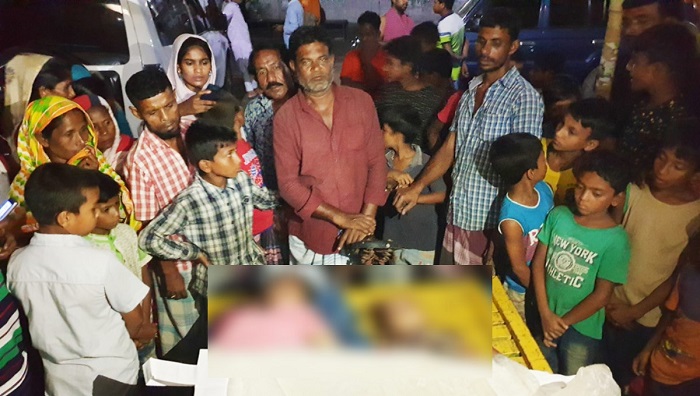 A man reportedly has strangulated his two daughters to death at a launch terminal in Narsingdi, apparently having failed to bear their living cost and meet various demands due to abject poverty.

Police recovered the bodies of the two girls from a toilet of Narsingdi launch terminal at Kawriapara on Friday night. Later, police interrogated Shafiqul when he reportedly confessed to killing them.

At a press conference at his office on Saturday noon, Superintendent of Police Miraj Uddin said Shafiqul took his two daughters to Shibpur to see the elder a doctor. As he did not find any doctor, he took them to Sadar Hospital. However, the hospital was closed on Friday.

Later, he along with his two daughters went to visit the launch terminal.

At one stage, the younger daughter wanted to eat litchi but Shafiqul had no enough money in his hand, the SP said, citing him. “He told us that he lost his senses thinking that he’ll have to buy new clothes for her children during Eid. Later, he took the younger daughter to a toilet and strangled her,” Miraj said, adding that he killed the elder daughter in the similar fashion.

Shafiqul spoke incoherently, the SP said, adding that they recovered the bodies around 8:30pm and sent those to hospital for autopsy.