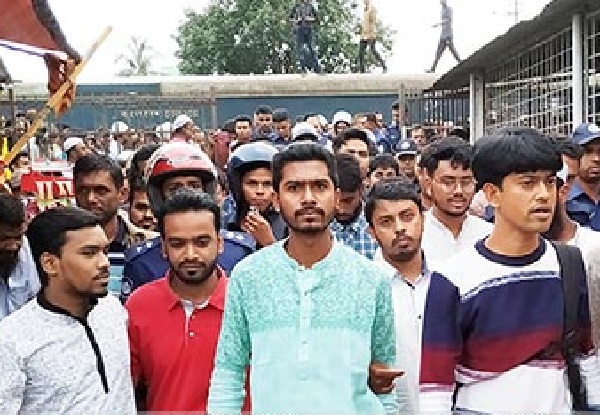 Issuing warning that no Jamaat-Shibir activist will be allowed to host iftar mahfil in Brahmanbaria, the district unit’s BCL activists stopped the iftar mahfil programme.

The Parishad chose VP Nur as their chief guest in the programme.

As per scheduled programme, Nur reached the venue with the help of district police on Saturday afternoon.

DUCSU VP said, “It’s not understandable to me why BCL activists behave rudely. I have informed the issue to BCL president and secretary. I hope they will take action against their activists for this.”