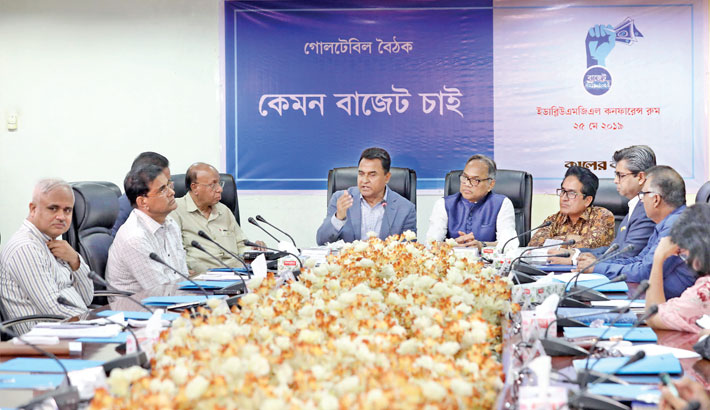 Finance Minister AHM Mustafa Kamal on Saturday identified mismanagement and graft as the main reasons behind low revenue collection – a major concern for the country’s economy.

“Low revenue mobilization is a concern for us, but I think if we’re able to remove mismanagement and graft, then higher revenue collection won’t be impossible,” said the finance minister.

He was addressing a roundtable on the upcoming national budget organized by Bengali daily the Kaler Kantho at East West Media Group Ltd (EWMGL) conference room in the capital.

Tax dodging is taking place mostly through miss-declaration during imports and exports, he pointed out.

“If we can stop this malpractice, it won’t be impossible to raise the revenue collection level to 17 to 18 percent of GDP,” Kamal stated.

To put an end to such tax dodging, all the import export goods at all the ports will come under scanner while 10 percent products will be physically verified, he informed.

Besides installing scanners, 10,000 young taxmen will be outsourced to overcome shortage of skilled officials in tax offices to help earn more revenues, the finance minister added.

With all the initiatives, Kamal thinks that they would be able to attain full revenue target of Tk 3.25 trillion being set for FY20’s budget.

“In Bangladesh nobody comes to pay taxes willingly. We’ve to increase our collection capacity,” he commented.

He also thinks that cut in tax rates actually don’t pay off because of willful tax dodging by the businessmen and potential taxpayers. He called upon businessmen to show honesty in tax paying.

Mentioning the recent decision of raising tax-free bar of turnover tax to Tk 50 lakh, he said there will be tendency among most retailers to show yearly turnover tax below Tk 50 lakh while some will try to show that their turnover is below Tk 3 crore, the highest ceiling.

He also claimed that all the tax rates in Bangladesh is lower than those of the neghbouring India.

The finance minister hinted that he won’t allow whitening of black money for at least in the next budget, even though there was a demand at the roundtable for the giving the facility to boost capital market.

About the recent hue and cry over default loans in banking sector, Kamal said the situation has not been created in a day, but it was the result of compound interest rates and absence of any kind of exit facility.

Former central bank deputy governor Khondokar Ibrahim Khaled urged all to create a society free of disparity, saying that Bangladesh is heading towards a path contrary to the spirit of the Liberation War.

BARVIDA president Habib Ullah Dawn requested for removing anomalies in duty structure on new and reconditioned cars.  Former FBCCI leader Helal Uddin suggested for setting up cold storages across the country either by the government or by the private sector pull in with special incentives.

He also called for spreading the use of paddy drying machine facilities among the farmers which he thinks could avoid the free fall in paddy price.