Next budget will be over Tk 5 lakh crore:Prime Minister 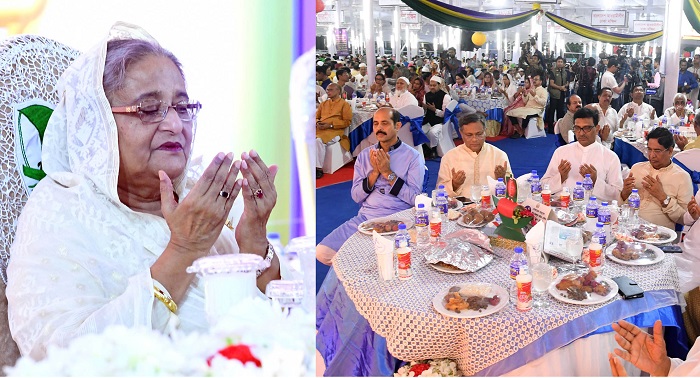 Prime Minister Sheikh Hasina on Saturday said the government will place next budget on June 13 and its size will be over Tk five lakh crore.

“We’ve placed Taka 4 lakh 64 thousand crore budget in the current fiscal year … we’ll place the new budget on June 13 in Jatiya Sangsad Insha Allah and its size will be over Taka five lakh crore,” she announced this while hosting an iftar mahfil for the leaders of different political parties at her official Ganabhaban residence in the capital.

The prime minister mentioned that when the Awami League formed government in 1996, the size of the budget was only Taka 61,000 crore.

Highlighting her government’s various steps for development of the country, Sheikh Hasina said uplift is being reached up to the grassroots level.

“We’re making all arrangements so that every person can lead a beautiful life with food, clothes, housing, education and medicare,” she said.

The prime minister said the government wants that everybody will live with his/her basic rights and not a single person to remain homeless and without medicare and will be deprived of the light of education.

Expressing gratitude to the people for reelecting her government to serve them again, Sheikh Hasina one again said the power to her is not a thing to enjoy, rather it is an opportunity to serve the people.

“Following this ideology, I’ve been working for the development of the country and its results are being reached to the people,” the premier said.

She continued: “Our aim is to reach the fruits of independence to every house and every person gets a beautiful life.”

Sheikh Hasina said 93 percent people are now getting electricity and their living standard is being improved.