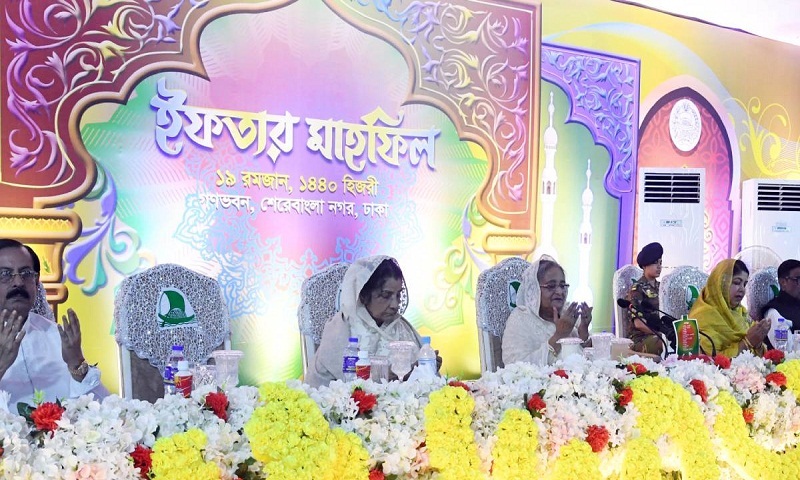 Prime Minister Sheikh Hasina hosted an iftar party for the leaders of different political parties at her official residence Ganobhaban on Saturday.

Before the iftar, a special munajat was offered seeking continued peace, progress and prosperity of the nation.

Politicians from many political parties who had joined talks with the Prime Minister before the December-30 general election also took part in the iftar party.