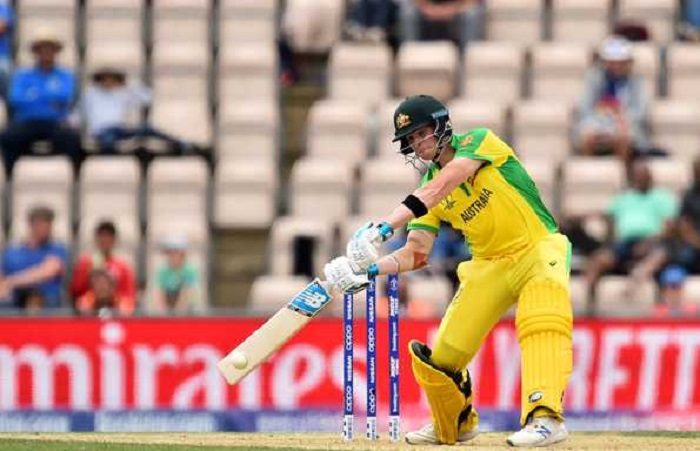 England is chasing 298 runs, place before them by Australia. The England openers are struggling with the pace of the pitch throughout.

Earlier, Steven Smith and David Warner got good hits as Australia posted 297 for 9 in their ICC Cricket World Cup warm-up clash against England in Southampton on Saturday (May 25). While Warner missed out on a half-century, falling for 43, Smith made 116 to prop up a side where the batsmen failed to convert their starts.

England went into the contest with several injury concerns as they fielded just XI for the tie. Things didn't improve for them as Mark Wood, Jofra Archer and Liam Dawson left the field because of injuries. While Wood pulled up while running in, Archer picked up the leg injury after a dive. Dawson went out after hurting his hand as Paul Collingwood, the assistant coach, made several appearances on the field with the home side running out of players. Wood, while he was at the park, started well and bowled at maiden against Warner in the first over. He then dismissed Aaron Finch to give the home side a good start.

Shaun Marsh and Warner scored 64 for the second wicket before both fell in quick succession. At 109 for 3, Australia needed an innings of substance and that's when Smith dug in to guide his side forward after being welcomed with boos. Warner too felt the heat of the fans as several chants of 'cheat, cheat' made appearances from the pockets of England fans. Usman Khawaja made 31 but failed to carry on while Marcus Stoinis was run out for 13.

When Australia lost their fifth - on 224 - Smith was batting in his 80s. England did well to keep things in check as Australia went from over 35 to 42 without a boundary. Smith broke the rut with two boundaries against Moeen Ali and was helped by the brisk innings of Alex Carey. While Carey raced to 30 off 13, before falling on his 14th, Smith steadily moved towards his century. He got to 99 as he sliced Ben Stokes over deep point for a six and then completed his century off 94 balls with a single. There were no over the top celebrations as the former captain was at the receiving end of more boos.

Australia throughout the innings continued to struggle with their running and offered several run out chances. England too lost their way in the death over as Smith ensured Australia picked up 52 in the last five before falling in the last over.