Salman Khan on Priyanka Chopra quitting Bharat: ‘She chose USA in the nick of time, she can be part of film’s promotions’ 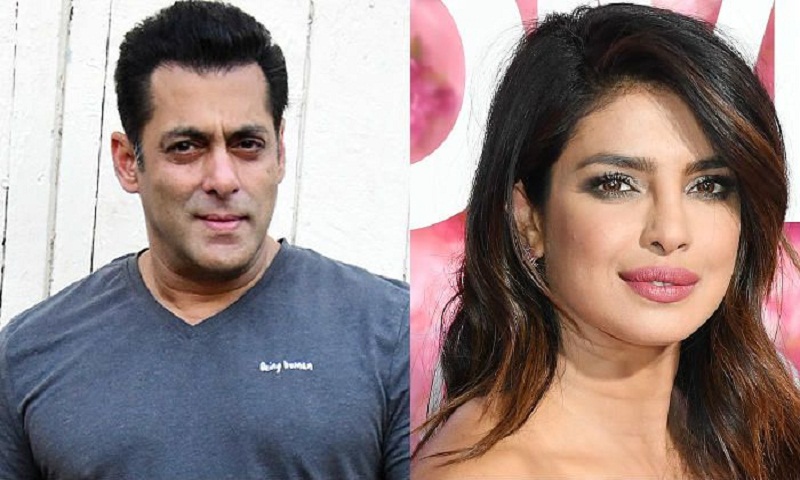 Actor Salman Khan is still not over actor Priyanka Chopra quitting his film Bharat at the last minute for her wedding with singer Nick Jonas. The role eventually went to Katrina Kaif. Salman, who often takes digs at Priyanka in interviews and at events, has said that the actor may not be in the film but she can certainly be part of the film’s promotions.

In an interview with Bollywood Hungama, Salman again thanked Priyanka as Katrina talked about her character in the film. He said that though she couldn’t be in the film, she could still help with the promotions as she had loved the script of Bharat, reports HT.

He said, “Over Bharat, she chose USA in the ‘nick’ of time. She has worked all her life so hard and when she got the biggest film of her life, she dumped the film and got married. Hats off! Usually people leave the husbands for this.”

Salman, however, went on to add that Katrina deserves a National Film Award for the film. He said, “She thinks I am kidding but I don’t think anyone else thinks that. I think there is 1000% chance of her winning the National Film Award.”

The actor had recently thanked Priyanka at the launch of Bharat song, Zinda. When Katrina was speaking about her experience working with Ali Abbas Zafar, Salman interrupted her to add, “Thank you Priyanka”. During an earlier Facebook Live chat hosted by Ali, Katrina is was speaking about how she prepared for her role when Salman cut in to add, “Priyanka didn’t give us much time.”