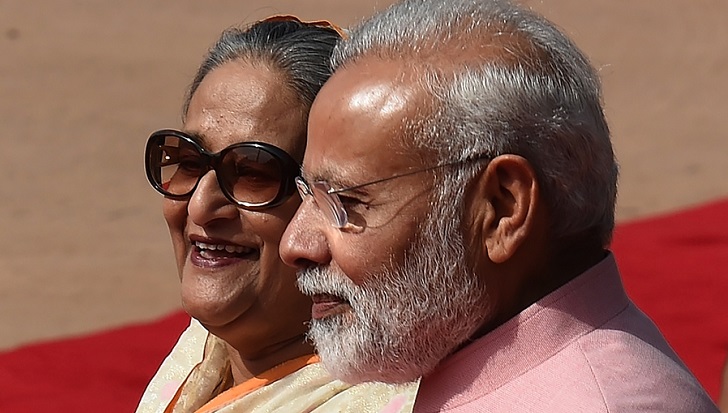 Prime Minister Sheikh Hasina and her Indian counterpart Narendra Modi have pledged to continue to raise the relationship between the two countries to an "unprecedented new height."

They recognised the importance of rapidly completing ongoing plans for deepening the partnership in security trade, transportation, energy and people-to-people ties.

Doing so within the next three years will have specific significance in view of the centenary of the birth of Father of the Nation Bangabandhu Sheikh Mujibur Rahman in 2020 and the 50thanniversary of Bangladesh's Liberation in 2021, according to a media release issued by the Indian Prime Minister's Office.

The leaders also agreed to identify dates for a meeting at the earliest to resume work in service of the bilateral relationship.

Prime Minister Sheikh Hasina became one of the first foreign leaders to congratulate the Indian Prime Minister, thus reflecting the "extraordinarily close and cordial ties" between India and Bangladesh, and the excellent rapport that the two leaders enjoy, the release added.

Prime Minister Hasina spoke to Modi on Thursday to extend her congratulations on the clear mandate given by the people of India to the National Democratic Alliance (NDA) government led by Prime Minister Narendra Modi.