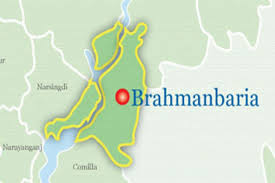 Three people were killed and four others injured in a road accident in Bijoynagar upazila of Brahmanbaria on Saturday.

The accident took place on the Dhaka-Sylhet Highway around 12pm as a truck collided with an auto rickshaw, confirmed Mohammed Hossain Sarkar, Khatihata Highway Police OC, according to media report.

The deceased were identified as are Shanta Rai Choudhury, 30, Abu Taher, 60, and Minal Uddin, 40.

The three-wheeler was heading to Habiganj’s Madhobpur from Brahmanbaria when it collided with a truck travelling on the opposite direction, said the OC.

Of the dead persons, Minal Uddin died on the spot.

Six others who suffered critical injuries were taken to the Brahmanbaria Sadar Hospital, where doctors declared two of the victims dead.

The four others were taken to Dhaka for better treatment, the OC added.